Earlier this week, Queen Bey released her buzz-worthy remix of "Flawless" with the help of today's most prominent rapstress, Nicki Minaj. Apparently, the track struck a nerve with less prominent rapstress Lil Kim. So, of course, Lil Kim released her own version of the "Flawless" remix yesterday, in which she viciously attacks Minaj over a nonexistent insult. Listen to the official SoundCloud audio stream above, and click here for the MP3 as a free download.

Even though she "just had a baby 'bout a week ago" (her daughter's actually almost a month old now), Kim wasted no time getting back into the studio to defend her title -- even though no one is really trying to steal it. The diss track is a wacked-out, pitchy version of the first remix. All the lyrics are the same, except that Kim cuts out the last half of Nicki's verse saying, "Am I trippin', or did this hoe just say my name?" As it turns out, she is in fact tripping. Kim is most likely referring to the line in which Nicki says she's "slaying with Queen B," but she clearly means "Queen B" as in Beyoncé, not "Queen Bee" as in Kim's '90s alias.

Lil Kim premiered the track yesterday, via Twitter, where she also hinted at a new mixtape and tour in 2014. Hopefully, we'll get to hear some original, non-diss tracks from the rap vet soon. Stay tuned at her Zumic artist page for the latest news, music, and videos. 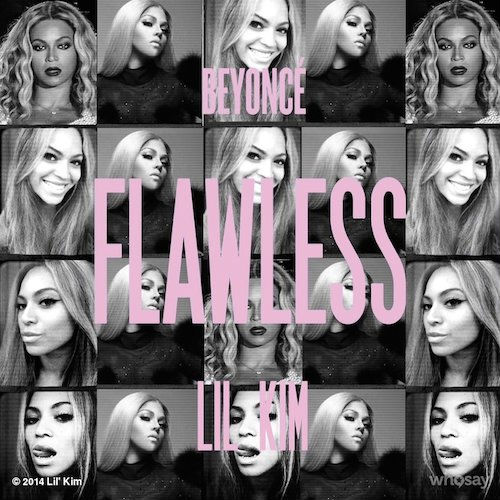 "Idol"
BTS (YouTube)
Music K-Pop Pop BTS Nicki Minaj Official Music Video
3
1352
Back to top
You must be logged in to upvote things.
Registration and login will only work if you allow cookies. Please check your settings and try again.