Dutch producer The Child of Lov is a bit reclusive, but that is because he is a (self-proclaimed) perfectionist. It shows in his music, and in the video for his single "Fly," off of his self-titled debut album.

The hook on "Fly" has a strong groove and dark undertones, dark enough that as we watch the kids in the music video skateboard, smoke, shoplift and dance in the street, we can't fight the feeling that it is all building to some kind of catastrophic end.

The Child never appears in the video himself, nor has he in any of his past videos, but this gives him a little more freedom to do, well, whatever he darn well pleases.

The Pensacola directed video for "Fly" follows four teenagers who experiment with freedom and spreading their wings. In doing so, they violate al kinds of parental rules, and near the end there is a sex scene that comes daringly close to being NSFW. Somehow though, the whole thing, set on neon-lit nights and acid-wash blue days, is just simple. Simple, and sad, and beautiful to watch unfold. 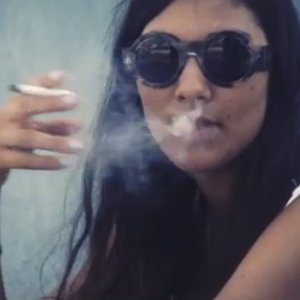