Obviously, Johnny Cash isn't Australian. Once the band launches into the country-blues classic "Folsom Prison Blues," Crowe shows he's got an inner Memphis rock and roll kind of soul and some serious music chops, drawing from Cash and Elvis. You can also hear some post-punk angst of guys like Elvis Costello in Crowe's voice. Perhaps the outlaw and incarceration spirit is something that Australian folks can relate to, given the historic nature of their British colonization going back to the 1700s. Crowe is from New Zealand so it's a little bit of a head scratcher, but the performance is top notch so we'll give him the benefit of the doubt.

Fallon blows a mean harp, pushing the song to a really high level. Both men are incredibly talented and versatile performers, and it doesn't hurt having The Roots backing you, either. They're really rocking out up there. By the way, Crowe was on the show promoting his new movie, Noah, about the biblical flood story.

During the same episode, Fallon did a hilarious "Bottom Of The Charts" segment with Arnold Schwarzenegger's version of "Sabotage" at #1. 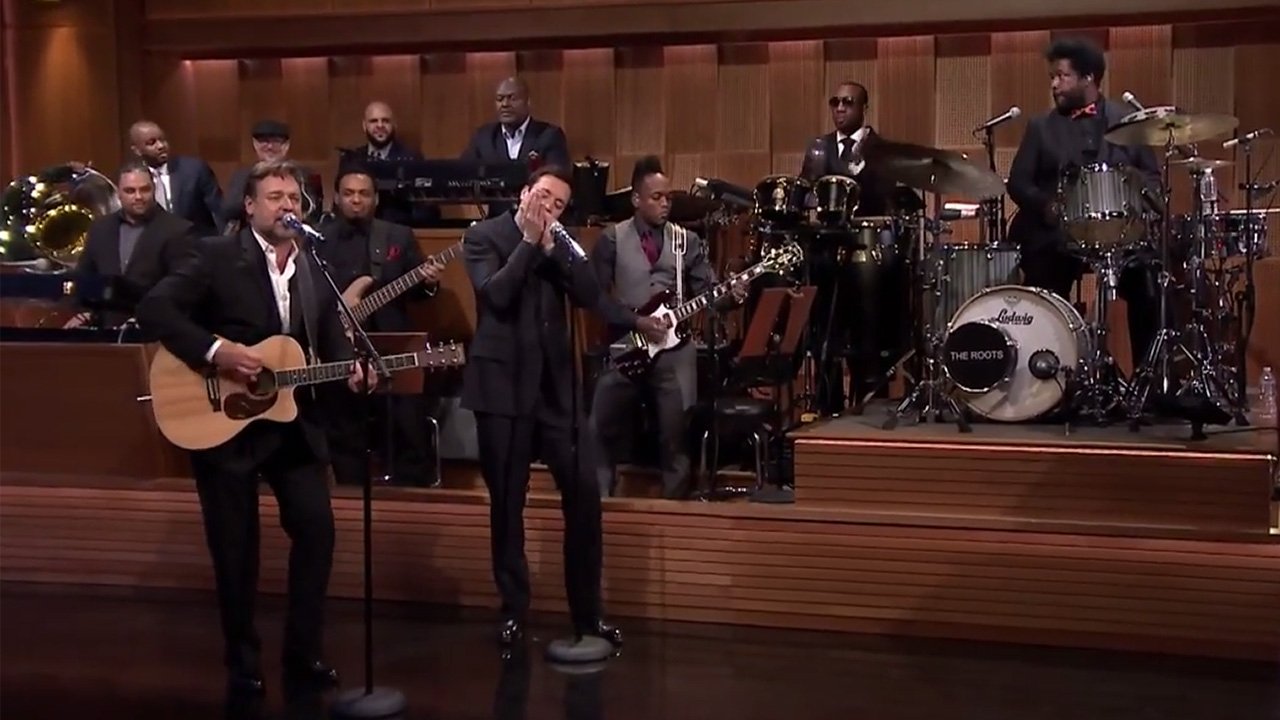 "Couldn't Tell" - Statik Selektah ft Black Thought [SoundCloud Of...
Music East Coast Rap Hip Hop Black Thought Statik Selektah The Roots Audio Single
1
852
Back to top
You must be logged in to upvote things.
Registration and login will only work if you allow cookies. Please check your settings and try again.