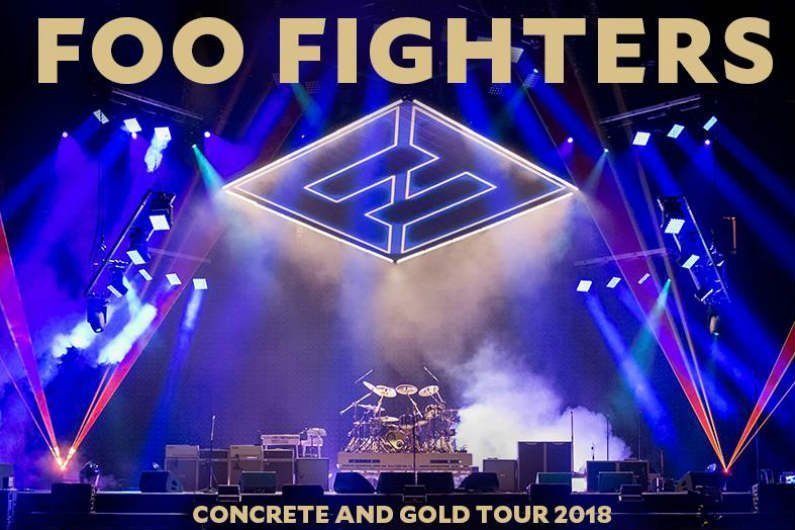 Foo Fighters have announced 2018 tour dates for North America, Europe, and the UK in support of their September release Concrete and Gold. The new dates are in addition to the band's previously planned appearances in North America, Australia, New Zealand, and South America from this month to March of next year.

The concert schedule begins on April 18, 2018 in Austin, Texas and extends until late July, concluding with a show at Wrigely Field in Chicago. The group will perform twice at both Madison Square Garden in New York City and Fenway Park in Boston. In June, the group will travel to Europe and the UK for seven shows.

Updated on January 22, 2018: Additional dates have been added and pre-sale code info has been moved below the schedule.

When do Foo Fighters 2018 North America and Europe tour tickets go on sale and what is the presale code?

The Foo Fighters Fan/mailing list presale password for North America is FSKYF18, and FFRUN18 for Europe. For the Capital One cardmember presale, you can use the promo passcode 414709, but you will need a Capital One card to complete your purchase. The Live Nation presale offer code is ACCESS and the LN Mobile app password is COVERT. You can also try FOOFIGHTERSRUN and LADEEDA18. Keep in mind, each date is different and details are subject to change.

We recommend following Foo Fighters on social media and signing up for the band's free newsletter, in addition to checking your local venue’'s social media and email subscription service, to get the most up-to-date information.

Purchase a copy of Concrete and Gold on Amazon. For more, check out the Foo Fighters' Zumic artist page.