The Foo Fighters have taken a break from touring over the last year, but as you can see in the video above it's time for them to get to work. They've just announced 2 tour dates at the Foro Sol 55,000 capacity stadium in Mexico City for December 11th and December 13th with The National as openers.  It will be the first official Foo Fighters concert since they played the Global Citizen Festival in New York City during September of 2012.

Tickets are currently on sale at Ticketmaster.

Also, Erik Estrada is still golden and Dave Grohl wears an apron with no pants. 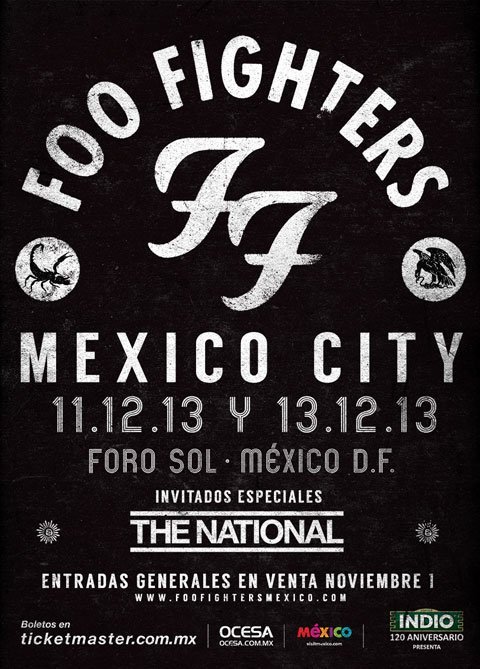