Eurythmics reunited for the event with a rendition of Magical Mystery Tour's "Fool on the Hill." This marks the first time frontwoman Annie Lennox and guitarist David A. Stewart played on stage together since their breakup in 2005. Unfortunately, the reunion was only intended for this one performance.

Annie Lennox's unique, soulful voice lends itself perfectly to this Paul McCartney ballad. The original track was gentle rocker lead by McCartney on piano. Eurythmics kick it up a notch and added a full rock band and string section to back them up. If you ever wanted to know what "Fool on the Hill" would sound like with pounding drums, watch the video above.

Below, watch video of Lennox and Stewart interviewed on the red carpet about how the performance came together and the prospects of a reunion tour, courtesy of The Daily Mail. Spoiler alert: The reunion tour hinges on a lot of money, a hat deal, and a new refrigerator: 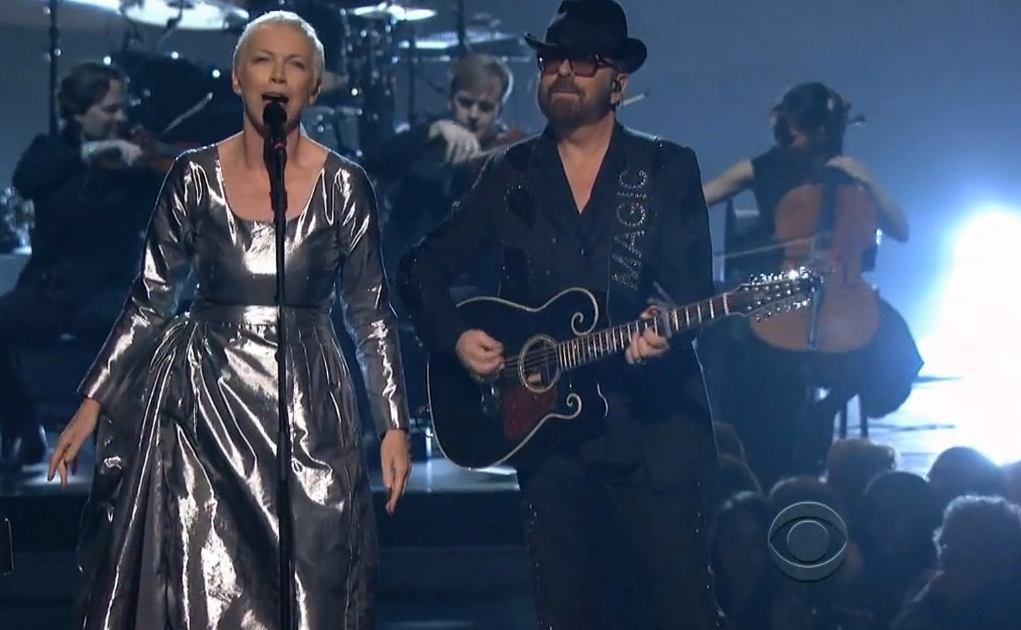 More videos from The Beatles: The Night That Changed America - A Grammy Tribute:

"Give More Love" - Ringo Starr [Spotify Audio Single]
Music Classic Rock Pop Rock Rock Ringo Starr The Beatles Audio Single Liverpool, GB
1
1193
Back to top
You must be logged in to upvote.
Registration and login will only work if you allow cookies. Please check your settings and try again.