Rarely do artists shoot videos for album interludes but Kendrick is not your average artist. Today, he released the short, yet exciting video for his song "For Free?" which he said was his favorite song from the album To Pimp A Butterfly. Watch above as The Compton rapper shows his comedic side, via YouTube.

I don't know about you guys, but Kendrick Lamar's "For Free?" interlude was definitely the first stand-out track when I first listened to To Pimp A Butterfly. Between the heavy jazz influence, quick-paced lyrics, electrifying delivery, and his stark vocal inflection when saying, "This dick ain't free," how can you not run this song back-to-back-to-back?

"For Free" addresses social issues beginning with a man's frustration when dealing with a materialistic woman. Kendrick takes the role of the man and raps:

Directed by Joe Weil and the Little Homies, the visuals feature Lamar chasing the woman all around the mansion while she is thrown off by his erratic behavior. An Uncle Sam look-a-like, choir singers, and a jazz band also appear in the video. 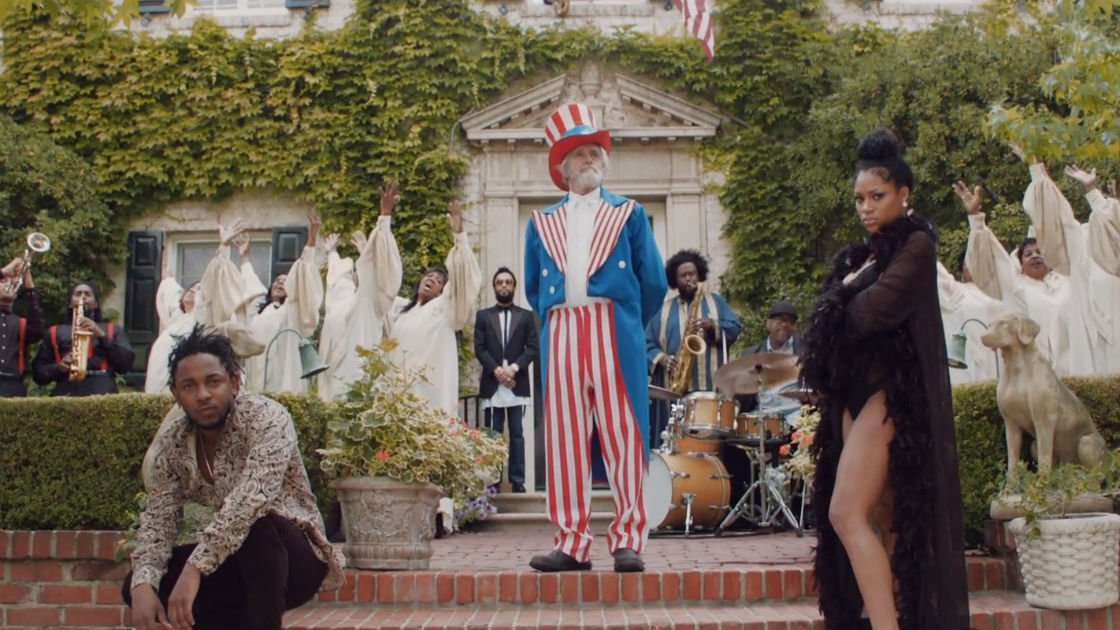