Rihanna, Kanye West, and Paul McCartney performed their much talked about song, "FourFiveSeconds," at last night's Grammy Awards. This was the first time the three artists performed the song live for the public. Watch above.

Much like the music video that was released last week, the star-studded ensemble performed in matching black attire against a white backdrop. Rihanna delivered a fierce vocal performance, with Kanye doing Kanye, and Paul McCartney reserving himself to rock solid rhythm guitar and backing vocals.

The song uses sparse instrumentation, with McCartney's guitar being the principle accompaniment. For the live performance they added electric guitar and bass, which helped fill out the sound for the large venue. Watch the official music video here on Zumic.

"FourFiveSeconds" will be on Rihanna's upcoming album, R8, set to be released later this year. The single is available to download from Amazon and iTunes. 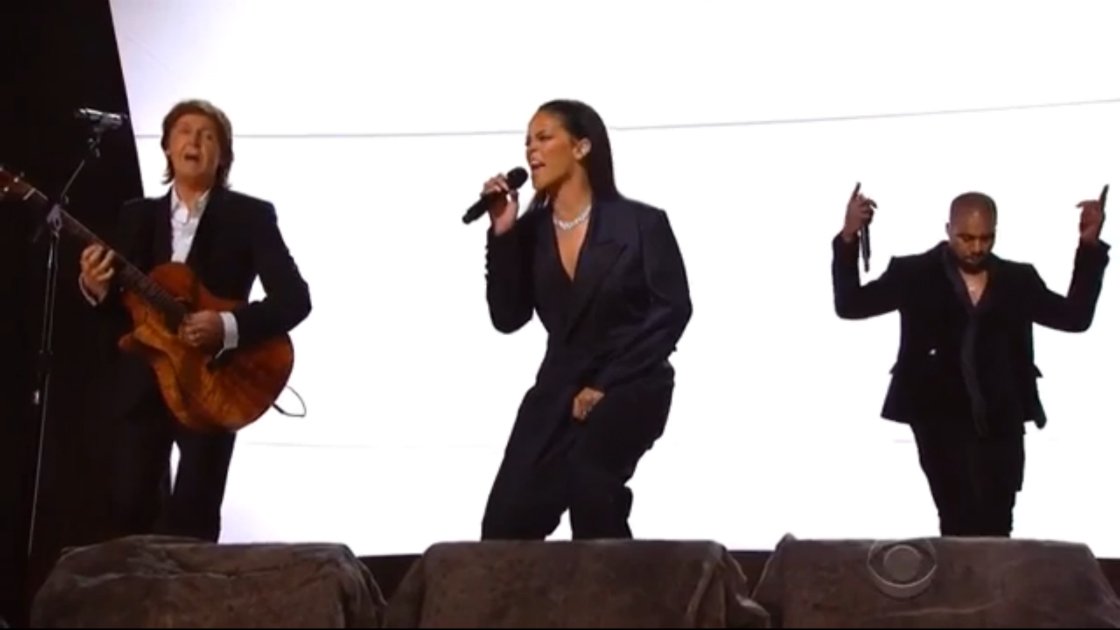 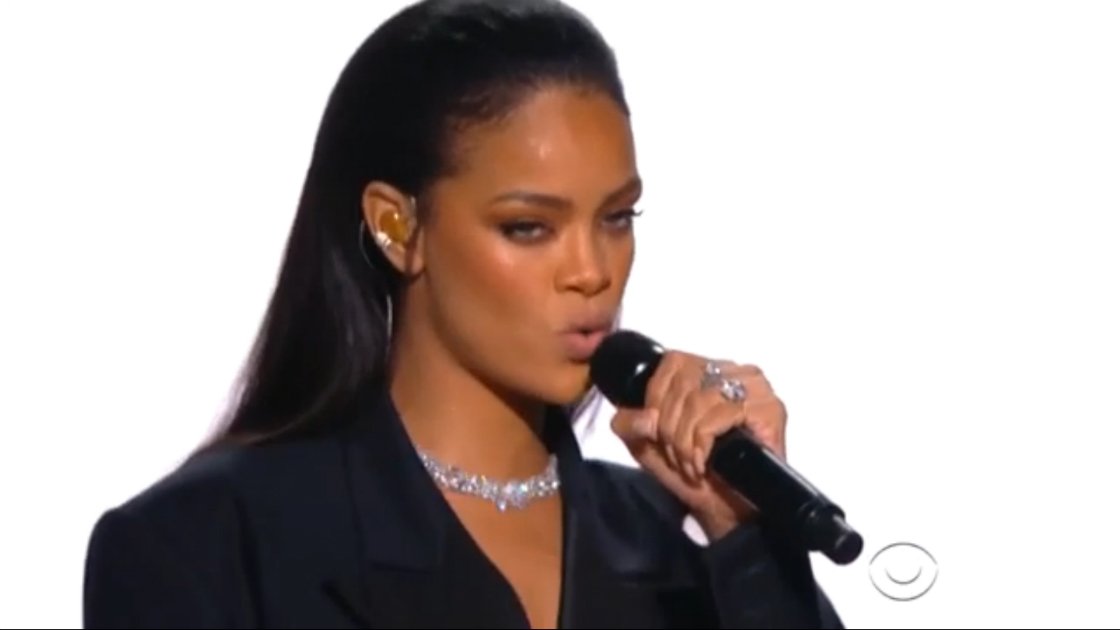 "Fuh You"
Paul McCartney (YouTube)
Music Classic Rock Pop Pop Rock Rock Paul McCartney Official Music Video
3
671
Back to top
You must be logged in to upvote things.
Registration and login will only work if you allow cookies. Please check your settings and try again.