Foxing Put on a Stunning Performance at Audiotree Live in Chicago on Mar 7, 2016 [YouTube Video]

Foxing, an indie rock band hailing from St. Louis, returned to do their second in-studio performance at Audiotree Live on March 7, 2016. You can watch the full session and interview above and check out the track-by-track playlist on YouTube or Spotify.

The band made their first appearance on Audiotree about a year ago, when they played tracks off their debut album, The Albatross. During this session, Foxing was in the middle of their expansive 2016 international tour.

The set begins with, "The Magdalene," a single off their second full length LP, Dealer. Lead singer Conor Murphy sang passionately over forceful bass and a subtle violin as the song grew louder and faster. After, Foxing talked about what it was like touring with bigger bands, specifically Brand New, and how that influenced the way they perform.

The band continued the set with the wistful slow-burner "Redwoods" before jumping right into the catchy "Glass Coughs," which they added a chiming introduction to. Then they played the sorrowful "Three on Match," with falsetto vocals and an unexpected trumpet.

Between songs, Conor talked about how Chicago became a second home to the band since it's the biggest city closest to where they grew up in St. Louis. He also explained that they have a huge fan base and they've made a lot of connections there. It was surprising Conor spoke so highly of Chicago, since he had his nose broken after a fan attacked him at a show in the city the night before this performance, disabling him from playing trumpet. Before finishing their set, Conor thanked their front house engineer, Sean, and their friend Sarah from the band Pinto, who took over on trumpet.

They ended with the haunting tunes "Night Channels," and "Indica." Both start off slow and quiet, gradually building up, a common trait for Foxing's songs. Despite breaking his nose the night before, Conor still sounded fantastic, as did the rest of the band, and they put on an outstanding performance.

This Audiotree session is available for purchase on Amazon. 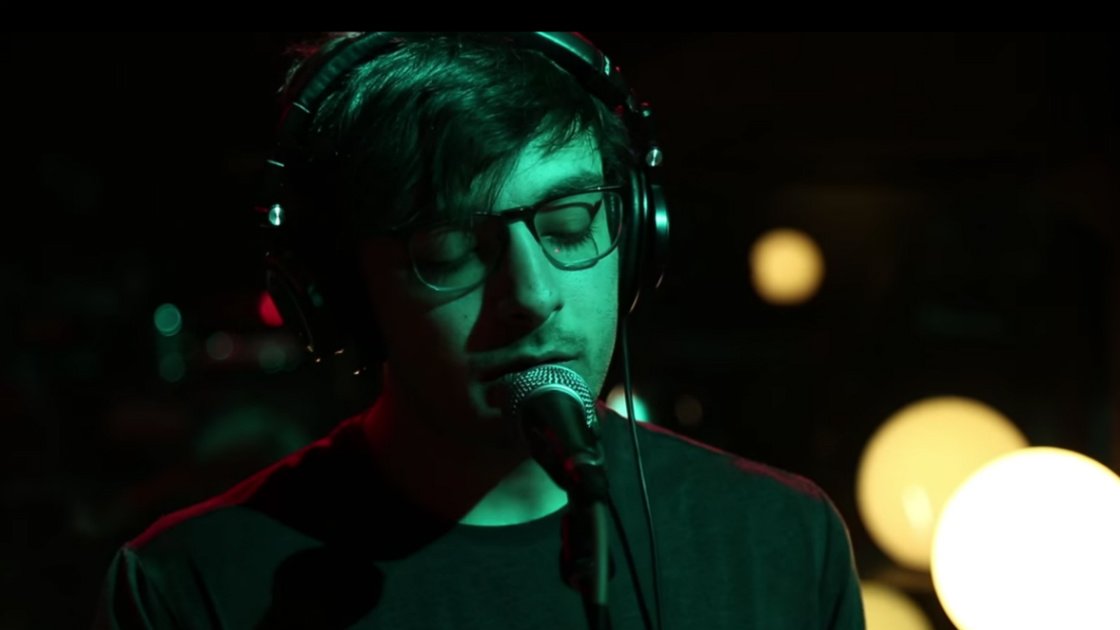 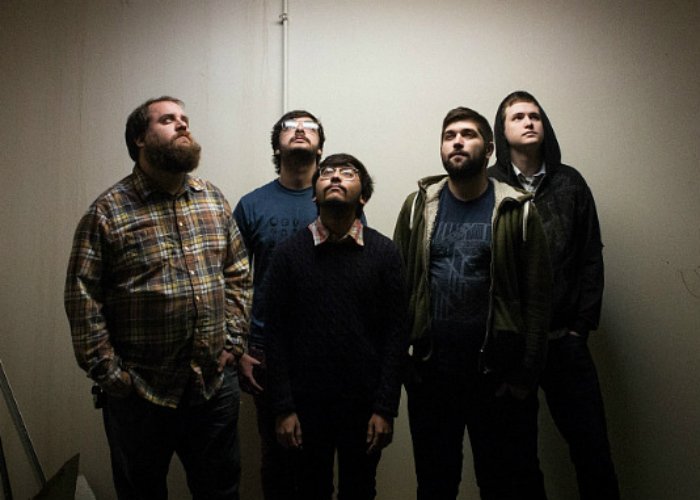