Louisville, KY roots band Houndmouth are releasing their debut LP on June 3rd/4th via Rough Trade records. The unfortunate "Mumford-ing" of the roots music scene the last couple of years has turned a lot of people off the genre, with bands like Alabama Shakes and The Lumineers feeling a bit of the backlash, at least in the independent music world. Houndmouth's debut seems poised to changed a lot of that with its heart-on-my-sleeve, soaring male/female vocals and songs that are as deeply steeped in Jon Prine as they are Otis Redding.

Houndmouth's brand of soulful folk doesn't feel watered down like the current crop of rootsy pop bands that are so en vogue now that you can't watch a commercial break during an NBA playoff game without hearing a Mumford / Lumineers / Of Monsters And Men song or a clear rip off of one of their songs. Houndmouth has a much more genuine sound, one that recalls old t-shirts and jeans stained with bourbon and a life of celebration and struggle, not $700 Brooks Brothers' vests made to look retro but are stained with pretension and a tremendous lack of soul.

If you understand what I'm saying, you're probably already halfway through "On The Road" and are digging it tremendously. If what I've wrote offends you, give Houndmouth a spin and see what your "pretentious hipster" friends are talking about when they clown your favorite neo-folk band. Like the Outkast line from long ago, "Right on to the real, and death to the fakers." 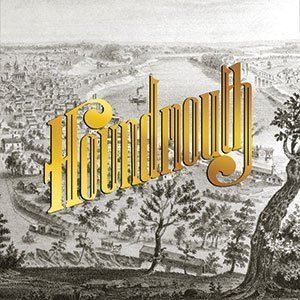 Houndmouth Extend "Little Neon Limelight" 2015 Tour: Dates + Tick...
Tickets Alt Country Americana Folk Rock Indie Folk Houndmouth
1
978
Back to top
You must be logged in to upvote.
Registration and login will only work if you allow cookies. Please check your settings and try again.