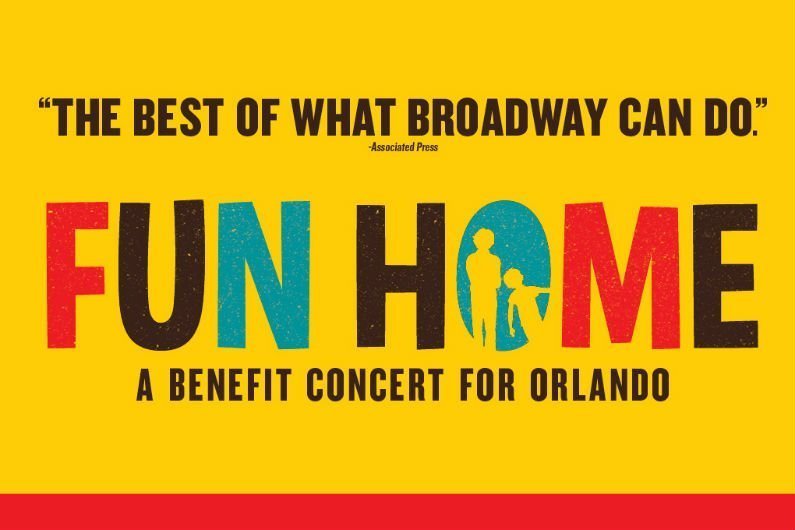 Ever since its Off-Broadway premiere at the Public Theater in 2013, the Tony Award-winning musical Fun Home has championed equality — whether through its groundbreaking subject matter or all-female writing team. Now, the cast and creators of Fun Home will bring their message of love and equality to Orlando for a one-night benefit performance.

Fun Home, based on Alison Bechdel’s graphic novel of the same name, centers on Bechdel’s relationship with her family throughout different phases of her life. The show also focuses on Alison’s queer sexuality, making it the first musical on Broadway with a lesbian protagonist.

Praised by Ben Brantley in The New York Times as “heart-gripping and cathartic,” the emotional and intimate musical won five Tony Awards in 2015, including Best Musical. The show also made Tony Awards history, with writers Jeanine Tesori (music) and Lisa Kron (book and lyrics) becoming the first female writing team to ever win the award for Best Original Score.

The Orlando benefit, which will take place on July 24, 2016 at the Dr. Phillips Center for the Performing Arts Walt Disney Theater, will feature the entire current onstage cast of Fun Home performing a concert version of the musical. Kron and Tesori will also be in attendance, along with director Sam Gold.

All of the net proceeds from the performance will go toward supporting those affected by the horrific Pulse nightclub shooting in Orlando and promoting the rights of the LGBTQ community. Half of the proceeds will go directly to the victims of the Pulse tragedy and their families, while the other 50% will be donated to the charity Equality Florida.

Orlando audiences have only one night to see the cast of Fun Home, and their appearance is unfortunately limited for Broadway audiences as well, as the show is currently set to close on September 10, 2016.  Fans are encouraged to get Fun Home tickets while they last, as tickets directly from the box office range from just $49-$75.

But the daring show has pushed musical theatre forward by championing queer stories and female voices, proving through its successful 18-month run — which recouped its investment — that these perspectives have a place on the Great White Way. Though Fun Home’s Broadway run may soon come to an end, its revolutionary success and the proceeds from the Orlando benefit will hopefully ensure that the musical’s effects will last far longer.