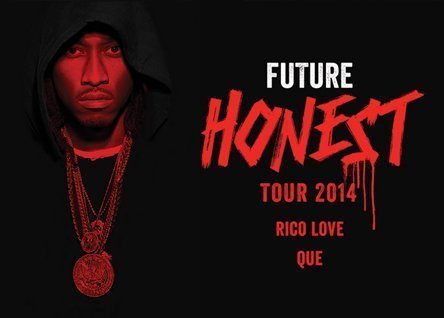 Atlanta rapper / singer Future has just released the full schedule and line up for his 2014 Honest Tour, which will be his first tour as a headliner. A month after his Honest album drops, he will be kicking off the 45 city tour in Milwaukee, WI on May 22nd at The Rave / Eagles Club. Opening acts will include New Orleans R&B singer and owner of Division1 record label, Rico Love, Atlanta rapper, Que (formerly known as OG Bobby Johnson), and up and coming Atlanta R&B artist Bando Jonez on select dates. The rapper will be touring across the U.S and ending the tour in Canada in July.

Most general ticket sales start on Live Nation, Ticketmaster, and TicketWeb on Friday April 4th at 10 AM EDT. Citi cardmember presales have already begun for some concerts, and Citi preferred ticketing is available for several dates. Ticket prices range from about $25 for general admission to $60 for some venues' reserved seating. There are also VIP Packages that will be offered for a premium.

Future will be releasing his second album, Honest, on April 22nd, 2014. So far he has released three singles off of the album, "Honest," "Move That Dope," featuring Pharell and Pusha T, and "Covered N Money." There are also some tracks featuring Lil Wayne, Casino, André 3000, Wiz Khalifa, Young Scooter, Drake and Kanye West.

You can pre-order Honest on iTunes. There is a deluxe album available for pre-order as well. 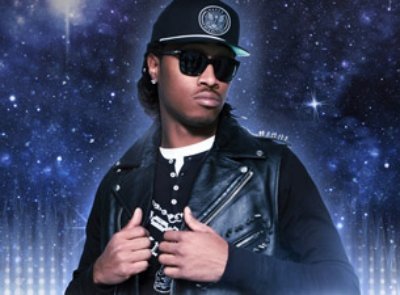