Texas has been home to some of the most influential guitarists in music, from Stevie Ray Vaughan to Albert Collins and W.C. Clark. There is an ingredient in the state that reaches into the soul of a musician and produces some of the most honest music there is. Austin native Gary Clark Jr. is one of those guitarists that can draw you in with his singing and can leave you amazed with his guitar chops. At last night's Rumsey Playfield concert in New York City, fans came together to hear Gary and a few special guests bring their style of electrified blues and rock.

"Catfish Blues," a Robert Petway cover, was a grinding blues number engineered with an impressive solo that immediately got the crowd's attention. "Next Door Neighbor Blues," a track off Gary's 2012 release, Blak And Blu, followed and consisted of a rhythm similar to The Doors' hit single "Five To One." By displaying his unique guitar sound and heart-warming vocal delivery early in the set, Gary proved that he was the real deal.

The crowd began to loosen up and shake their hips for the pop rock tune "Ain't Messin' Round." The Albert Collins song "If Trouble Was Money" brought the Texas brand of blues back into the show and was greeted with great enthusiasm. Gary's passionate vocals were followed with a distortion-heavy solo from rhythm guitarist King Zapata that wowed the crowd. The energetic rock shuffle of "Travis County" kept everyone moving on their feet.

Gary commented that the full moon overhead was making him feel loose. Something in him must have channeled his inner Hendrix as he went into a nearly ten minute version of "When My Train Pulls In." The distorted blues number saw Gary lose himself and explore sonic landscapes during his solo. Just as Hendrix was able to replicate rapid gun shot sounds on his guitar in "Machine Gun," Gary was able to transform his guitar into a runaway train that was searching for its station. 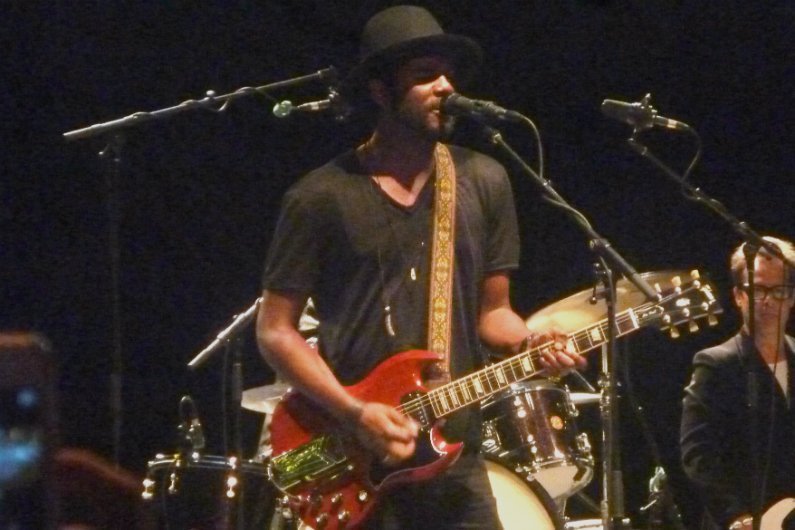 The blues / rock sound is what Gary is most well known for, but on "Please Come Home," he shifted gears to a more classic R&B style which featured additional support from two female backup singers. Fans compared Gary's vocal delivery to artists such as The Delphonics and Otis Redding. "Thing's Are Changin'" kept the mellow vibe flowing as fans who knew the lyrics sang along.

Dedicating the following song to all the lovers in attendance, Gary picked up the energy with a rollicking drum beat and rapid guitar notes of "Don't Owe You A Thang." Winding down the set with a few tunes from the Blak And Blu album, the band closed out with "You Saved Me" and the downtempo, distorted tune "Numb."

The fans pleaded for an encore and were delighted when he came back to play a few more. He brought out special guest G. Love to perform the Jimmy Reed classic "Shame Shame Shame" and Leroy Carr's "In The Evening." Both songs featured skillful and bluesy harp blowing from G. Love as Gary smiled on.

Fans were impressed by the band's performance and especially Gary's passionate guitar playing, but what followed gave Mr. Clark no choice but to lay his guitar down and show respect. He brought out 11-year-old guitar player and Long Island native Brandon Niederauer to join him on "Bright Lights." Midway through, Brandon stunned the crowd as he shredded notes and chords during a solo which elicited the loudest cheers of the night. As people were exiting the show, everyone was asking, "Who was that?!" The young guitar slinger left the crowd in awe and is no doubt a prodigy with a bright future ahead.

In the course of the show, Gary commented that Jimmy Reed invented rock and roll. That may be the case, but Gary Clark Jr. is delivering it into the future with a fresh attitude and soul.

Many of the songs Gary performed will be on an upcoming release titled Gary Clark Jr. Live, which will be available September 23rd via Warner Bros. Records. It is available for pre-order via iTunes and Amazon. For Gary Clark Jr.’s latest music, news, and tour dates, check out his Zumic artist page.

Below you can watch two crowd sourced YouTube clips and check out the setlist: 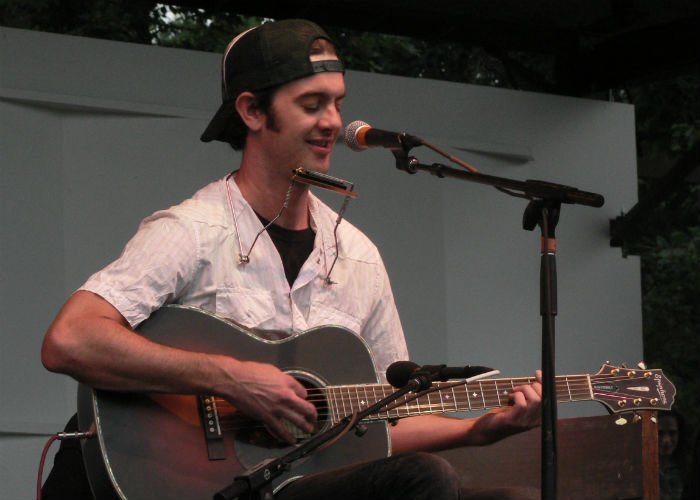 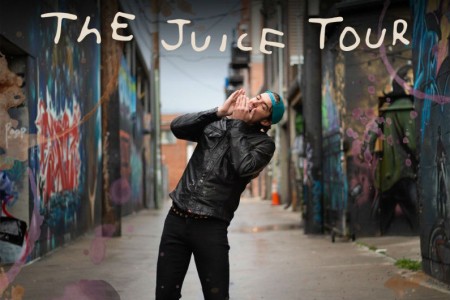