The new collaboration between Killer Mike & El-P, Run The Jewels, released a track on their Soundcloud page today and it's an absolute burner. It was going to be nearly impossible to get me even more hyped for the free June release of their self titled debut, but "Get It" does the trick pretty damn well. Check the track out below:

This exciting project from two of the game's best MCs will be hitting the road this summer with the likes of Despot and former Das Racist MC Kool AD. Check out the tour poster with all the dates: 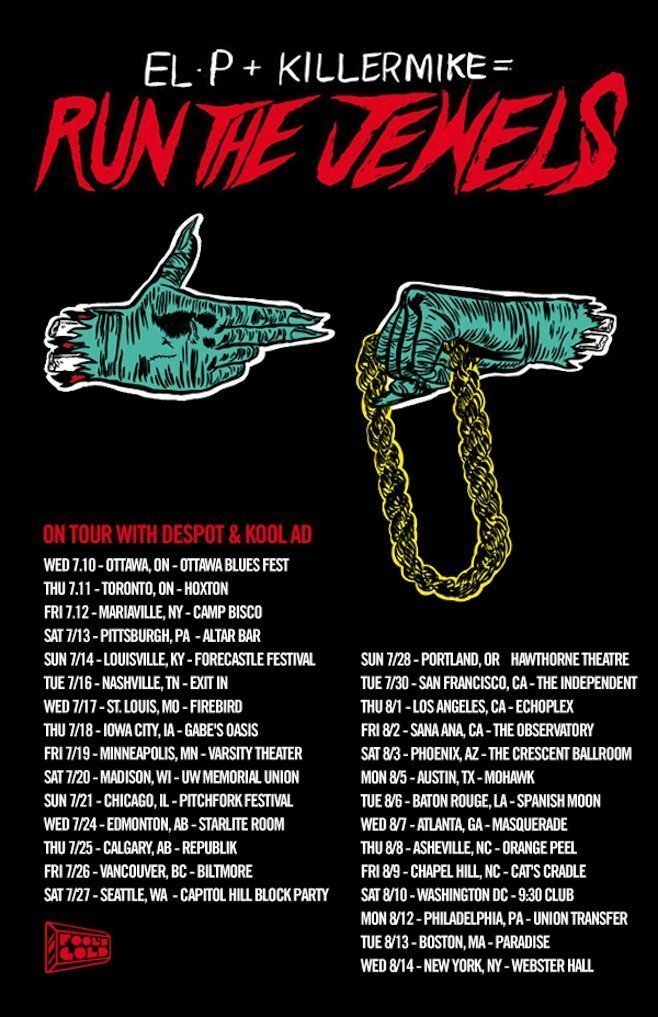 Lorde Unveils 2018 Tour Dates for North America: Ticket Presale C...
Tickets Pop Lorde Mitski Run The Jewels Tove Styrke
2
1535
Back to top
You must be logged in to upvote things.
Registration and login will only work if you allow cookies. Please check your settings and try again.