Phish have shared pro-shot live video of "Ghost" from their Barceló Maya Beach Resort concerts in Mexico 2017.  Watch above on the band's YouTube channel.

The band does a remarkable job, delivering an upbeat version of the fan favorite song from their 1998 album, The Story of the Ghost.  At around the four-minute mark, Page lays down funky keys before Trey, Mike, and Jon settle into an exploratory jam full of soaring riffs.  The weather must have been great because we see shots of fans enjoying the beach backlit by Chris Kuroda's psychedelic light show.  The band will be returning to Barceló Maya Beach for another run of concerts in February of 2019.

The release of this video comes one day after the announcement of a new band called Ghosts Of The Forest featuring Trey Anastasio and Jon Fishman.  Also revealed was a run of tour dates for 2019. 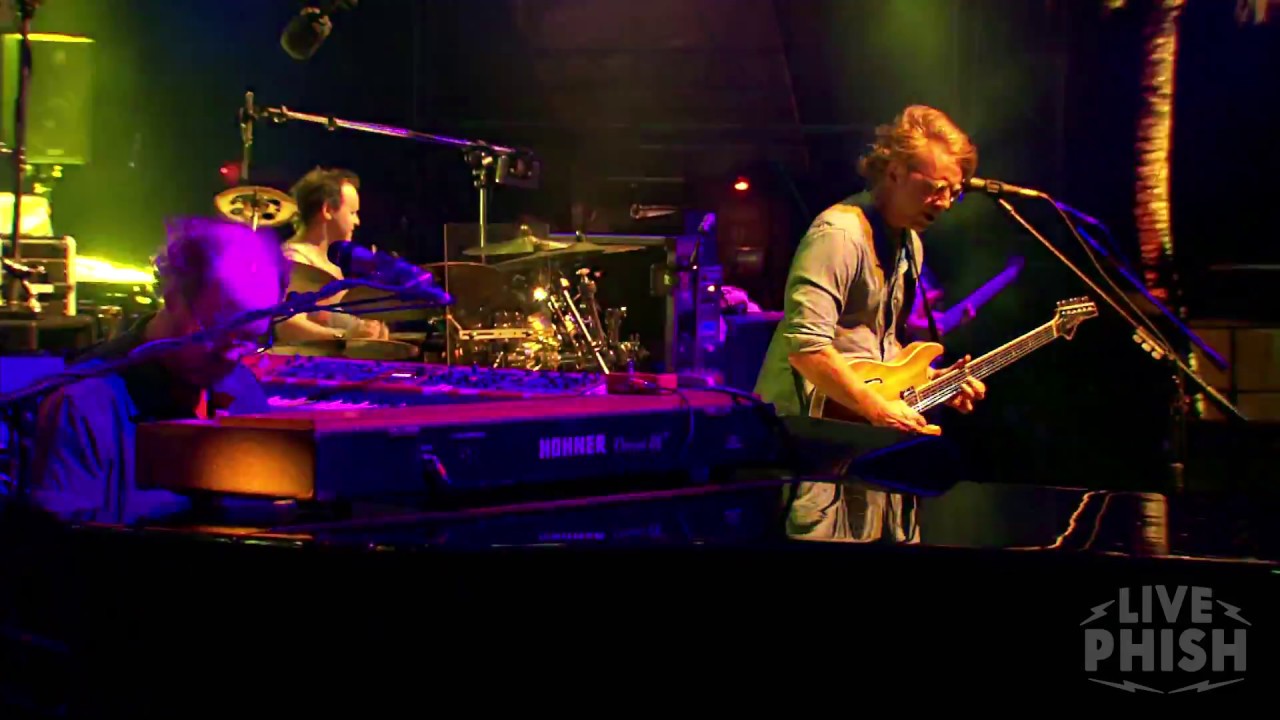