Robin Thicke unveiled his latest music video "Give It 2 U." Not as controversial as "Blurred Lines," the Diana Martel directed official music video for this sexy dance track gets pretty hot and suggestive. Robin Thicke performs on a stadium size football field, surrounded by women from Albany and Alabama State's dance teams. 2 Chainz and Kendrick Lamar, both featured on the track, make appearances in the video. Thicke's adorable three-year-old son Julien Fuego also has a cameo. 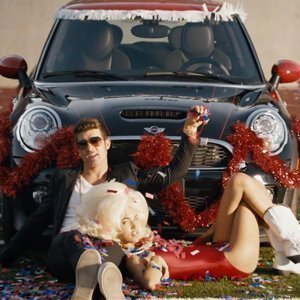