Ariana Grande has shared a music video for "God is a woman," a track from her upcoming album Sweetener. Listen above.

Ariana's vocals are emotional and strong, as slow and seductive beats lay underneath.  In a tweet shared last month, Ariana described the song's theme as, "sexual female empowerment & how women are literally everything & the universe is inside of us tbh." In the Dave Meyers-directed video, Arianna is seen in a number of creative outfits while dancing through the cosmos and other environments.

Sweetener is scheduled for release on August 17, 2018.  Pick it up on Amazon.  Last month, Ariana shared a music video for the album's first single, "the light is coming," featuring Nicki Minaj.

For concert tickets and more, check out the Ariana Grande Zumic artist page. 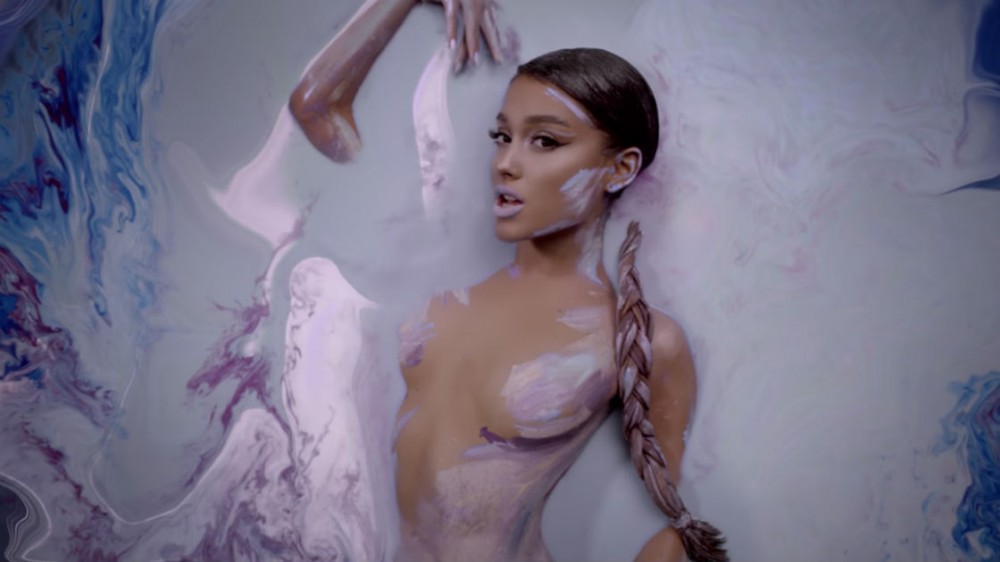