In the spirit of Christmas, the Jerry Garcia estate have shared a live instrumental version of "God Rest Ye Merry Gentlemen."  LIsten above on YouTube.

The performance was recorded from a Jerry Garcia & David Grisman concert on December 7, 1991, at the Warfield Theater in San Francisco, California.  The Grateful Dead guitarist and the mandolinist known as the Dawg were supported by Jim Kerwin on bass and Joe Craven on violin and percussion.  This traditional carol, also referred to as "Tidings of Comfort and Joy," is beautifully played by the quartet.

This exact recording has been in circulation for many years as a bootleg, as well as on compilation albums called Acoustic Cheer (2006) and 100% Handmade Music Vol. VI (2002).  Over the course of their careers, Jerry Garcia and David Grisman incorporated jazzy exploration over traditional folk underpinnings and this is a fine example of that.  For 8+ minutes, the band stay true to the familiar melodies of the tune while masterfully building and releasing tension with their unique arrangement and extended jam sessions.

"God Rest Ye Merry Gentlemen" is considered to be one of the oldest Christmas carols still performed, dating to the 16th century or earlier.  It was also part of the excellent 1983 album David Grisman's Acoustic Christmas, which features core personnel of Grisman, Darol Anger, Bela Fleck, Mike Marshall, Martin Taylor, and Robb Wasserman.  That album also features the actual Donald Duck (voiced by the one and only Clarence "Ducky" Nash) singing "We Wish You A Merry Christmas" and other traditional songs.

For more on Jerry Garcia, check out his Zumic artist page. 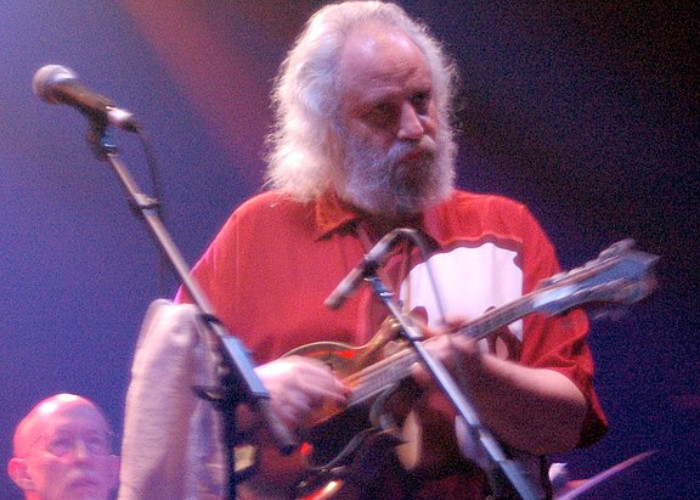