Chic played the West Holts stage at Glastonbury Music Festival last night, ending their set with "Good Times". The BBC is broadcasting the festival and has begun putting some highlights on their YouTube page.

There's a very cool breakdown about halfway through the song. From about 4 minutes, things start moving toward "Rapper's Delight" and Nile Rodgers goes all the way in at 5:24. They come full circle back into "Good Times" before finishing their set. Really funky. Really good. Oh yeah, did I mention that there's probably 40+ people on stage dancing?

At about 9:15 in the video, the band finishes their set and takes a bow. Everyone had so much fun that they didn't want to leave the stage. Lots of smiles and photos as everyone took in the historic performance. At 11:10, the crowd begins singing along with "Get Lucky" which was being played lightly on the PA sound system. It's a very cool moment. 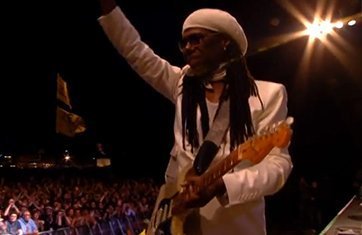 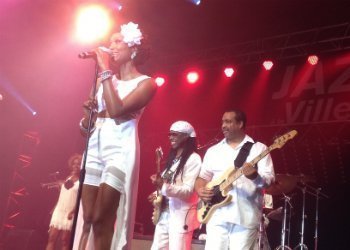 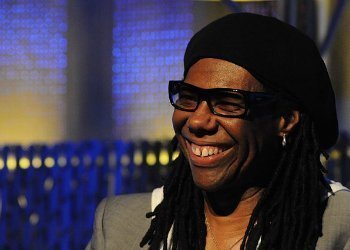 Stream The 2017 Grammys: How To Watch On Demand, TV Schedule, Who...
News Film/TV Soundtrack Pop Rock A Tribe Called Quest Adele Alicia Keys Anderson .Paak & The Free Nationals Daft Punk Gary Clark Jr. james corden John Legend Lady Gaga Metallica The Weeknd William Bell
1
1521
Back to top
You must be logged in to upvote.
Registration and login will only work if you allow cookies. Please check your settings and try again.