Bruno Mars performed on last night's 30th annual MTV Video Music Awards, and though he was not as shocking as some of the other performers, he did provide a stellar rendition of his newest single. "Gorilla" is Mars' fourth single from his album Unorthodox Jukebox, and his live performance last night did the song justice without ever distracting from the music. Rather than cluttering the stage with excessive choreography and costume changes, Mars stood on top of a stand toward the back of the stage, dressed in a leopard print shirt and accompanied by explosions, flames, green lights, and the image of a gorilla on the screen behind him. It all made for a jungle styled set fitting the primal song. With his flawless vocals and a brass horn section, Mars continued to show his true musicianship and consistency as a quality pop performer.

In addition to his performance, Bruno Mars also took home two moonmen. He won the award for "Best Male Video" for his lead single, "Locked Out Of Heaven." He also won Best Choreography in his video for his record's third single, "Treasure."

"Gorilla" was sent to radio today, and can already be purchased from Mars' sophomore album. Unorthodox Jukebox is available on iTunes. Mars is also finishing up a North American tour this week, and will be in Europe through October and November before hitting Australia in 2014. Check his official site for dates and tickets. 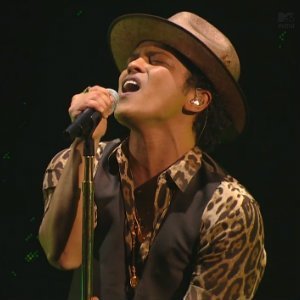 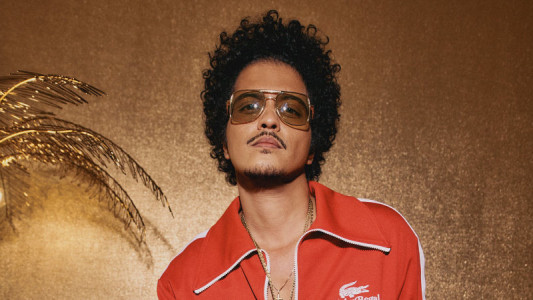 "BLOW"
Ed Sheeran (YouTube)
Music Rock Bruno Mars Chris Stapleton Ed Sheeran Official Music Video
3
1776
Back to top
You must be logged in to upvote things.
Registration and login will only work if you allow cookies. Please check your settings and try again.