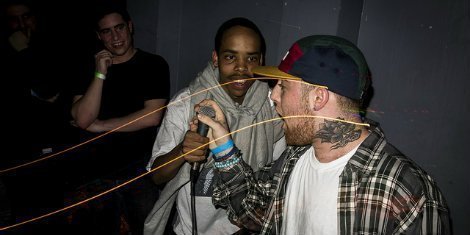 Earl Sweatshirt, Tyler the Creator's right hand man, and Mac Miller got together for "Guild". Featuring a trippy dub-like bass line, both Miller and Sweatshirt dropped their voices down an octave for this track. According to FADER, Earl Sweatshirt has been performing this track live since March. There is no word as to when Doris, Earl's upcoming album, will be released.

LISTEN to "Guild" HERE via FADER

Did they sample Sublime's sample of Gershwin's "Summertime" from Porgy and Bess?!

Earl Sweatshirt Reveals 2019 Tour Dates: Ticket Presale Code & On...
Tickets Hip Hop Bbymutha Black Noi$e Earl Sweatshirt Liv.E Na-Kel Smith
2
1591
Back to top
You must be logged in to upvote.
Registration and login will only work if you allow cookies. Please check your settings and try again.