Thanks to the upcoming release of Sound System, The Clash's twelve disc box set, Google is treating us to a bevy of Clash-related goodies. Part of the website's Audio Ammunition documentary is a set of new covers of Clash tunes by younger bands such as Surfer Blood, Thao & Get Down Stay Down, and Kurt Vile & the Violators.

In the above video, Vile and his band tackle "Guns of Brixton," one of The Clash's most popular tracks. The most noticeable difference is the absence of Mick Jones' nifty muted strumming, but the bassist's sudden use of a slide guitar is a nice touch. In addition to those slight alterations, Vile's version of "Guns of Brixton" is just a tad chiller and less pissed off than the original, but that's to be expected whenever a decidedly "indie" band covers a punk band.

Check out the rest of Audio Ammunition here, and preorder Sound System here. 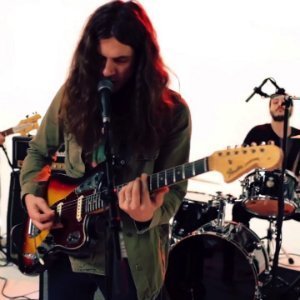