On Thursday night, Andy Cohen sat down with Toni Collette and Michael C. Hall for his show, Watch What Happens Live. Sister-band HAIM stopped by to serve as the night's bartenders.

It turns out the Haim sisters are big fans of Watch What Happens Live. The youngest Haim, Alana, even tweeted Andy while the band was on tour, to which Andy responded with a buttload of emojis and the rest is history. Check out the band's small cameo in the video above.

For HAIM's latest music, news, and videos check out their Zumic artist page. 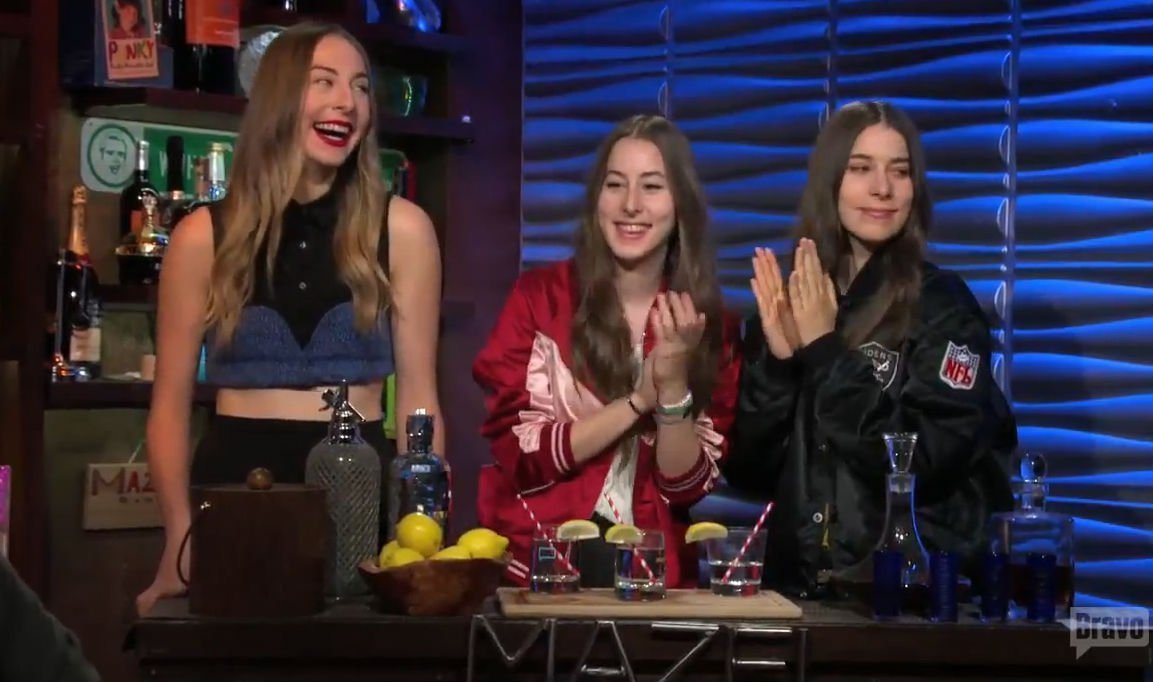 "Little of Your Love" - HAIM [YouTube Audio Single]
Music Folk Pop R&B-Soul Rock HAIM Audio Single
1
557
Back to top
You must be logged in to upvote things.
Registration and login will only work if you allow cookies. Please check your settings and try again.