What do Soundgarden have in common with Stanley Kubrick? Not much, save for their new "Halfway There" video, which is basically an updated version of the last 30 minutes of 2001: A Space Odyssey.

An old(er) dude replaces actor Keir Dullea as the film's main astronaut (or psychonaut?), hurtling through altered realities of color, cosmos, and in the "Halfway There" video's case, the disembodied heads of Soundgarden members. The song's lyrics reflect a journey of self-discovery through the lens of a midlife crisis, and when coupled with the trippy video, present a startlingly convincing case for never touching psychedelics after the age of 40.

Bad trips aside, Soundgarden seem to be making the most of their ripened ages, releasing an album in 2012, and touring relentlessly throughout the current year. Though their "Halfway There" video may not rival the existing 2001: A Space Odyssey/Pink Floyd dub, you have to admire their homage to Kubrick. As Juicy J recently proclaimed in the title of his new album, stay trippy! 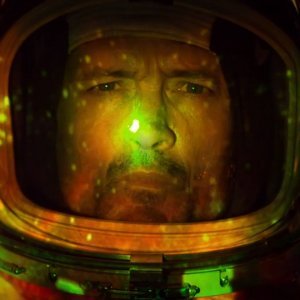