Last night at The Academy Awards, Pharrell Williams performed his Oscar nominated song "Happy" from Despicable Me 2. Watch the video above.

Pharrell started the song by strutting around giant Oscar statues, wearing what he calls his buffalo hat. He then approached a stage filled with an overabundance of happiness, including a giant screen with a cartoon happy face with the signature hat and a group of smiling dancers of all ages. Pharrell made his way into the audience, where he danced with nominees Meryl Streep and Amy Adams as well as Oscar winner Lupita Nyong'o.

Unfortunately, Pharrell's nomination had a not so "happy" ending, losing to "Let it Go" from Frozen. Still, his career has been having a huge resurgence, since co-writing and performing on Daft Punk's "Get Lucky" and Robin Thicke's "Blurred Lines" last summer. Fittingly, the performance ended with Pharrell's arms spread out, pretending to fly, expecting to go even higher in the future.

Pharrell's new album, G I R L, is out today through Colombia Records. You can buy it on iTunes.

Check out all the rest of the official 2014 Oscars music performance videos right here on Zumic:

Karen O & Ezra Koenig perform “The Moon Song” from Her

Pink performs “Somewhere Over the Rainbow” from The Wizard of Oz

U2 performs "Ordinary Love" from Mandela: Long Walk To Freedom

Bette Midler performs "Wind Beneath My Wings" from Beaches 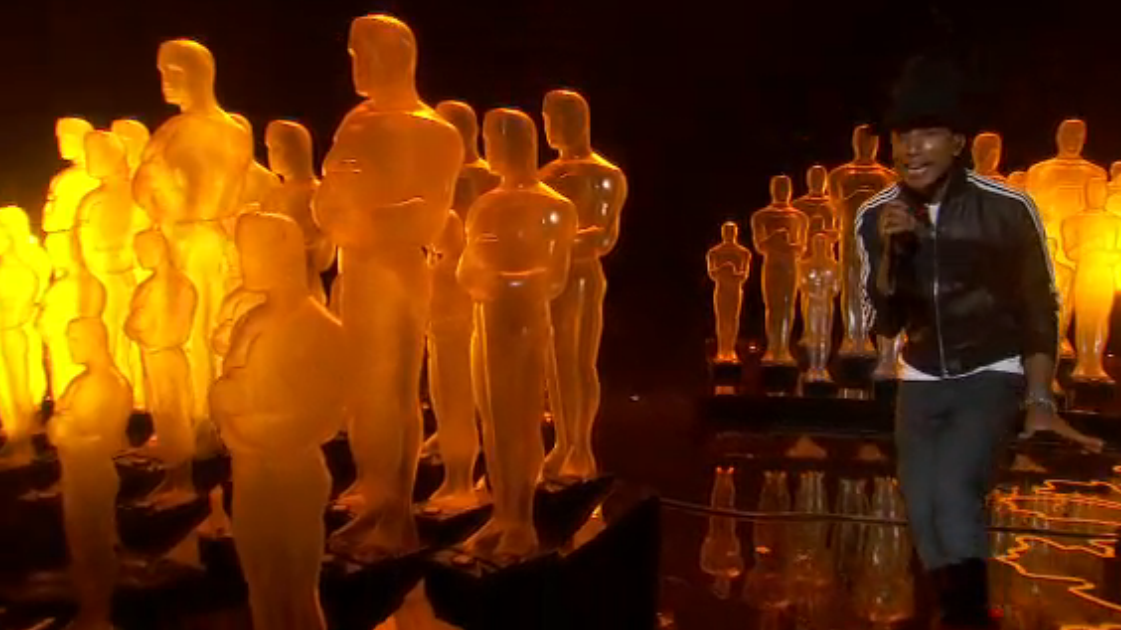