Late December is a time for Christmas songs. John Lennon released "Merry Xmas (War Is Over)" coupled with "Give Peace a Chance" in December of 1971. 42 years later, the song sounds as fresh and relevant as ever. Earlier this week, Jake Bugg performed "Happy Xmas (War Is Over) with a tease of Lennon's "Working Class Hero" in the BBC Radio 1 Live Lounge hosted by Fearne.

It's a powerful performance by the young phenom, Jake Bugg. Strumming a Robert Johnson signature Gibson acoustic guitar, Bugg leads another guitar player and a choir through the John Lennon tunes with the poise and grace of a seasoned pro. Bugg has developed his own voice and style, which can be seen as a direct extension of what John Lennon and the Beatles had been doing in the '60s. The song is uplifting, with a message that war can truly be over if people want it enough. This is a message that deserves more attention not just during Christmas, but all year round. 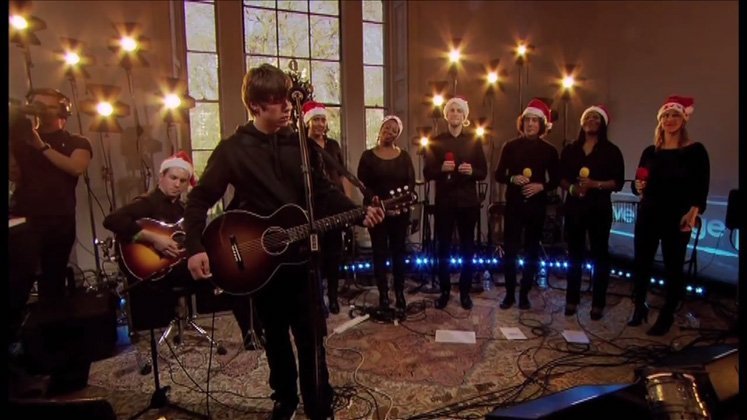 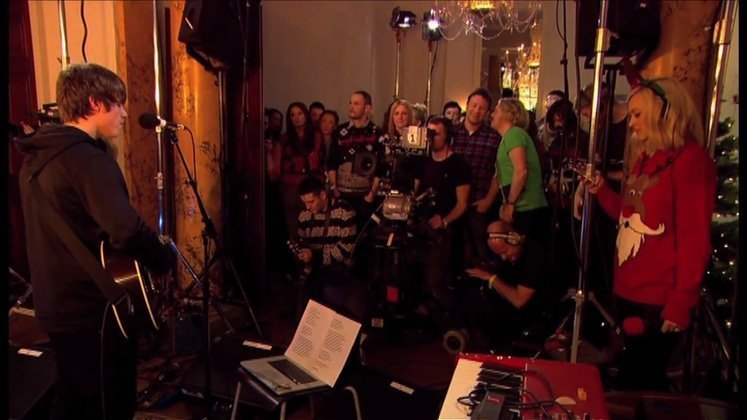