To promote their upcoming 2014 North American tour, English alt-rock group The 1975 have put together a tour film that's set to "Head. Cars. Bending.," a track from the band's 2013 Music For Cars EP. Although the EP cannot be purchased in the U.S., it is available to stream on their official SoundCloud account.

The 1975 announced that the 2014 North America tour will kick off at The Fillmore in San Francisco on April 17th. Additionally, there is a ticket pre-sale through their official website that also includes a free download of the song "You," from their 2012 EP, Sex.

You can also see the band's current tour dates by visiting their Zumic artist page. 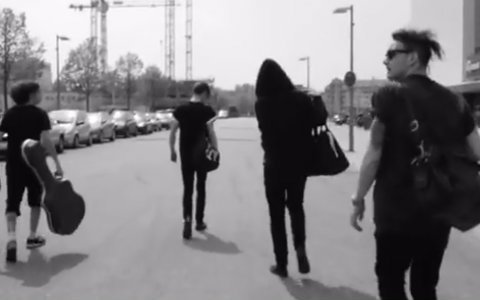