Creepy skeletons, goofy ghosts, and flying skulls. That is some of the clever imagery you'll see in Queens Of The Stone Age's music video for "Head Like a Haunted House." Watch it above.

Directed by Liam Lynch, the video keeps with the "Haunted House" theme as an animated Josh Homme is visited by all sorts of ghoulish creatures. The upbeat, menacing soundtrack works well with the fast-paced video, and the video highlights the comedic aspects of the song's lyrics which flash on the screen as Josh travels unfazed through nightmarish situations.

The song is included the band's 2017 album, Villains. Pick it up on Amazon. You can also stream the full LP and read our review here on Zumic.

The band is currently on a North American tour. For concert tickets and more, check out the Queens of the Stone Age Zumic artist page. 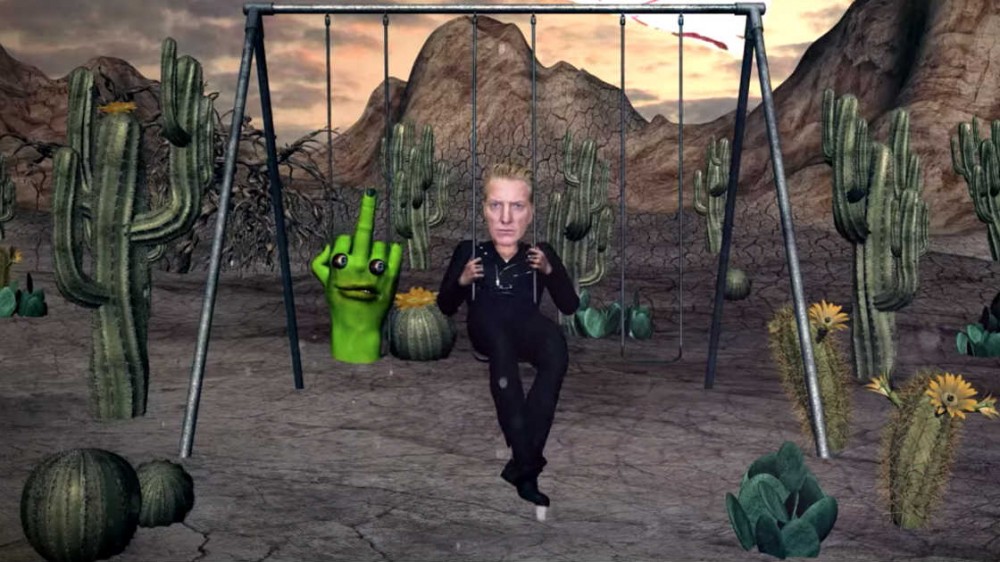