After Saaab Stories, the collaborative EP between Queens-rapper Action Bronson and producer Harry Fraud, made its official release almost two weeks ago, the duo return with an unheard single - "Heel Toe." Apparently the two have spoke minimally on the song a little before "Strictly 4 My Jeeps" was put out, and from the words of the song's producer, Fraud states “Sheesh that shit so wavy.”

"Wavy" is certainly one of the many words one could use to describe this song. It's Bronson at his finest lyrically, backed by lavish synth sounds courtesy of Harry Fraud's stellar production. Hopefully this isn't the last time we see Fraud and Bronson's forces unite, and perhaps the success of Saaab Stories will have the two back in the studio in the near future. In the meantime, enjoy "Heel Toe" above. 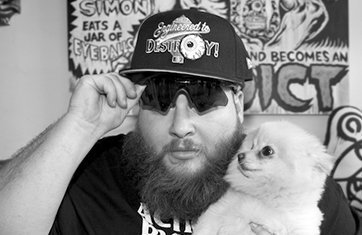