King Crimson released a new music video for their cover of David Bowie's "Heroes" this week. The song will be featured on a five-song EP the band are releasing next week.

If that guitar line sounds familiar, it is because King Crimson founding member Robert Fripp was the guitarist on the original Bowie recording from the 1977 album of the same name. Fripp shared a statement on the song through the band's YouTube:

King Crimson performed "Heroes" at the Admiralspalast in Berlin as a celebration, a remembrancing and an homage. The concert was thirty nine years and one month after the original sessions at the Hansa Tonstudio overlooking the Berlin Wall. This is released in the Fortieth Anniversary year.

Images of the Berlin Wall are cut between shots of the band performing, and by the end of the video we see historic events of 1989 when the wall came down and Berlin was united for the first time since it was split between East and West in the aftermath of World War II.

For more, including the band's full tour dates and links to buy tickets, check out the King Crimson Zumic artist page. 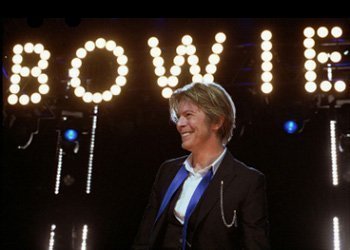 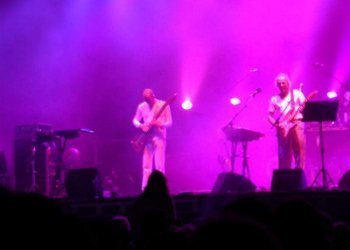 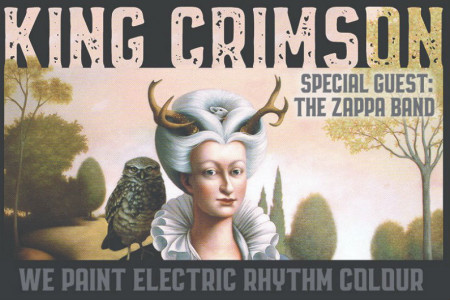