Erstwhile White Stripe Jack White has just announced his second solo album. Lazaretto will be released on June 10th, and it will feature the instrumental track "High Ball Stepper," which you can now stream above.

"High Ball Stepper" features Mr. White showing us the many guitar tones he has at his disposal. Beginning with backwards slide guitar, White's guitar then ventures into dirty, bluesy territory before unleashing deliciously fuzzy licks on top of the song's existing structure. The song also includes some interesting piano noodling and versatile drumming, but it's unmistakably clear that the electric guitar is the real star here.

A lazaretto, as it turns out, is a quarantine station for nautical travelers. We don't yet know how that relates to Jack White's next album, but that being said, it's easy to envision "High Ball Stepper" soundtracking a violent oceanic maelstrom.

The only release Lazaretto will receive from White's Third Man Records is a "Vault package" that will include a "split-color blue-and-white vinyl," a fold-out poster "featuring a classic National Archives photo that serves as a recurrent image throughout the album art," a 7" that includes "two early demos of songs that appear on Lazaretto in their completed form," a "lavish 40-page hard bound companion piece book full of lyrics, exclusive musical notations, photos and art from Lazaretto," and a "linen, letter-pressed postcard with the same eye-popping color separations as evidenced in classic chromatic postcards popular in the first half of the 20th century." Third Man also tells us that "this alternate presentation of the album is both insightful and deserving." Preorder it now, and check out a photo of all the goodies below. 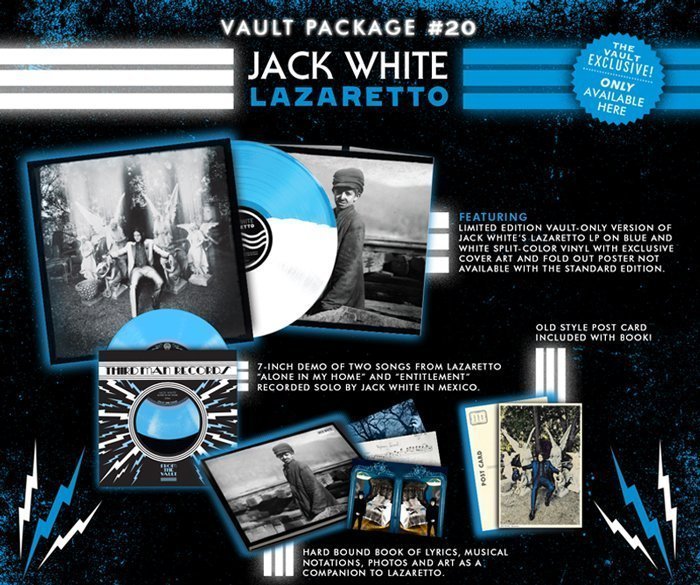 Visit Jack White's Zumic artist page for more of his music, videos and news. Lazaretto's artwork is below. 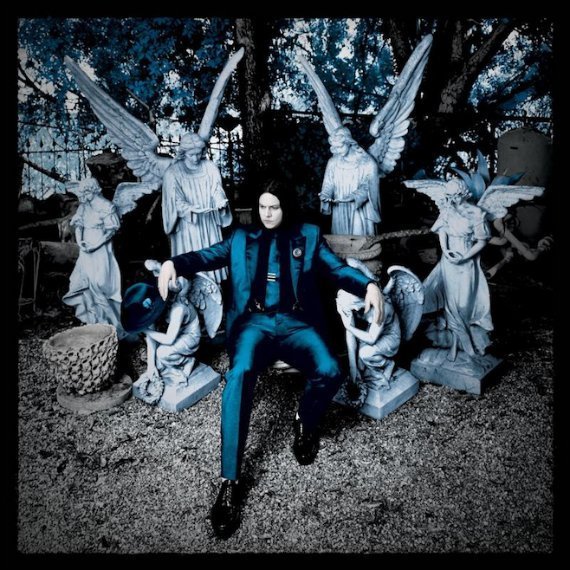 "Sunday Driver, Now That You're Gone"
The Raconteurs (YouTube)
Music Garage Rock Indie-Rock Rock Brendan Benson Jack White The Raconteurs Official Music Video
2
781
Back to top
You must be logged in to upvote things.
Registration and login will only work if you allow cookies. Please check your settings and try again.