British musician Ed Sheeran did an a cappella version of Britney Spears's hit song "Hit Me Baby One More Time" featuring freestyles between him and Z100's Paul the Web Guy (Paul Costabile).

The unlikely rapper surprisingly did a decent job with an incredibly accurate impersonation of an American accent. Sheeran came out with a rap EP called "No. 5 Collaborations Project" in 2011 so the freestyle may not be that surprising to his fans.

Sheeran is set to release his sophomore album sometime early next year. 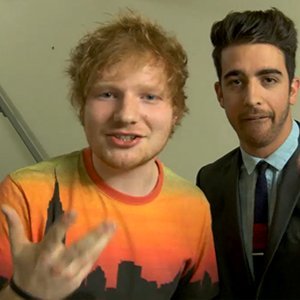 "BLOW"
Ed Sheeran (YouTube)
Music Rock Bruno Mars Chris Stapleton Ed Sheeran Official Music Video
3
1749
Back to top
You must be logged in to upvote things.
Registration and login will only work if you allow cookies. Please check your settings and try again.