After a fantastic tribute to Michael Jackson, The Ohio State Marching Band put on another mesmerizing performance during halftime of the OSU home game on October 26th. The theme of this show was Hollywood Blockbusters, and the marching band paid homage to films like Superman, The Wizard of Oz, Jurassic Park, and Pirates of the Caribbean. In astounding fashion, they played the theme songs from these blockbusters while moving seamlessly from formation to formation. The stunning formations were not just straight lines, which one may argue a marching band could perfect on the grid of the football field. Instead, they were shapes of dinosaurs, concentric moving circles, and Superman saving a falling building. You will not be able to take your eyes off the spectacle! 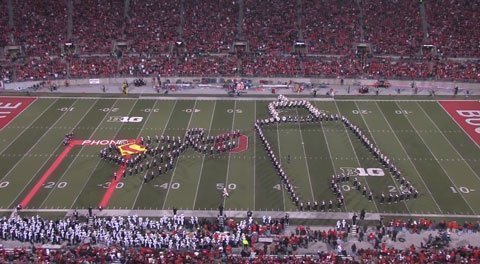 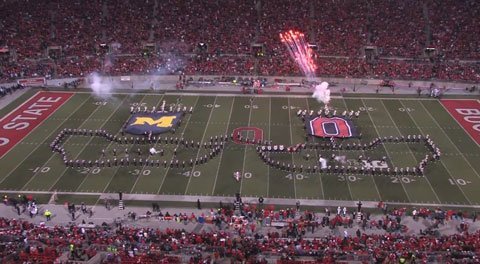 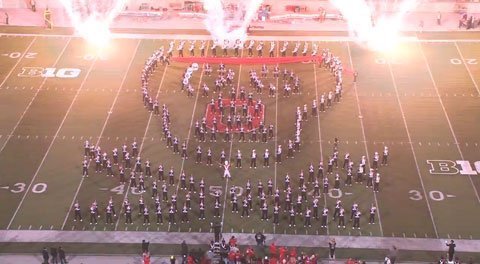