Last week, Jack Johnson showed up to the Colbert Report to promote his new album, From Here to Now to You. He played two new songs, "Home" and "Don't Believe A Thing I Say," and sat down for a brief interview with Colbert.

The two songs do little to alter the tried-and-true Jack Johnson formula of strumming softly and singing about idyllic beach life, but Colbert attempts to break new ground in the story of Jack Johnson by asking some very direct questions:

- In reference to Johnson's flip-flops: "Where do you store your rage? Perhaps your feet? That's why shoes just burst into flames when you put them on?"

- And finally: "If your career path is strumming a guitar and singing to the ocean, how do you kick back?"

Unfortunately, Johnson doesn't really answer any of them, but he does explain how he won Hawaii's "Best Rock Album" award, which prompts Colbert to call him "the hardest rocking man in Hawaii." Watch Johnson's performances of "Home" (above) and "Don't Believe A Thing I Say" (below), and check out the interview below as well. 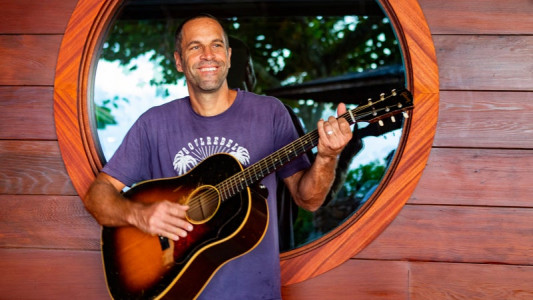 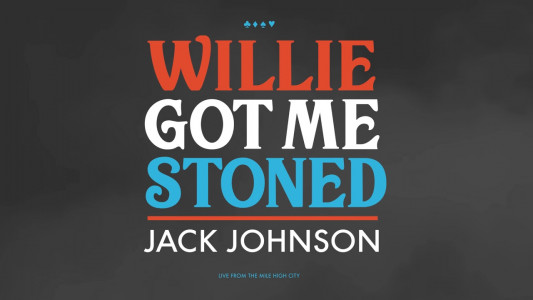