Mac Miller has certainly matured since he started rapping. His latest album Watching Movies With The Sound Off is evidence of that.

In "I Am Who Am," off of the new album, Miller throws questions about life, and everything from being who you are, to what is right, to God's love, to how cold the world can be.

His questions spin in circles, as does the camera, as we watch Miller contemplate the world while smoking what looks like a joint in the middle of light filled room, surrounded by mirrors.

Nicki Randa, who provides dreamy vocals on the chorus, is captured beautifully here. She twists, trapped underwater in a white dress, gazes curiously into a mirror, and often looks as if she's just gone down the rabbit hole.

While the video was being filmed, Miller was physically locked in the mirrored room. He talked about the experience with MTV.

"When we filmed it they actually locked me, drilled holes and locked me inside of this box that had four mirrors in it. It was crazy," he said. "I couldn't see the camera, which is the idea of this paranoia that someone is kind of watching you. I'm in the room doing the verses and all I can see is reflected images of myself. I can't see the camera; I'm not rapping to the camera."

Take a look at the video above for yourself. The production is a big step up from other efforts by the Pittsburgh rapper. We're proud of you, Miller. 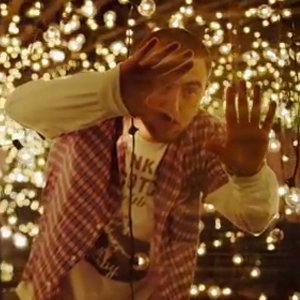