In late March of 2015, Los Angeles based rapper Earl Sweatshirt put out one of his most emotionally reflective projects I Don’t Like Shit, I Don’t Go Outside. All tracks were produced by Sweatshirt under the alias of RandomBlackDude, except for "Off Top" which was produced by fellow Odd Future member Left Brain.

The notoriously antisocial rapper takes an introspective approach on I Don’t Like Shit, I Don’t Go Outside, where he gets into darker details of his personal life, such as the loss of his Grandmother, feeling as though he is surrounded by individuals he cannot trust, and other motifs encircling depression, under the circumstances of budding success. This album follows his last solo project, 2013's Doris, a charming but gruff melodic jazz infused showcase for Sweatshirt's puckish lyrical wordplay.

Sweatshirt airs out pent up sentimental baggage with tracks like "Faucet," "Mantra," "Off Top," and "Grief." Ultimately the rapper isn't looking for a shoulder to cry on with this album, but rather an outlet for his discontent. This album is most relatable to the misfits of the Millennial culture and shortly after the release, Earl was cited as a personal favorite rapper of Kendrick Lamar.

"Huey" opens the album with a lighthearted beat that mimics the feeling of a childhood stroll down memory lane. Sweatshirt reintroduces the self-destructive character from previous projects, rapping: "I'm like quicksand in my ways" and "My bitch says the spliff takes the soul from me." He takes a businesslike approach to music, also letting his listeners understand he isn't emotionally satisfied in spite of his achievements:

I'm off Delancy, I reek of reefer and show money
It's Early running with niggas who cold running shit
The wins like lotion, he get 'em, he gone rub 'em in
Critics pretend to get it and bitches just don't fuck with him
I spent the day drinking and missing my grandmother

Followed up by "Mantra" and "Faucet," this is where Sweatshirt really takes a look at the byproducts of his success. In the first verse of "Mantra," he takes the time to note that "Niggas is fake," referencing his selectivity with features. But also Sweatshirt is observant of the transition he made from being underground to famous. Passive haters soon become hounding admirers, and he even admits he cannot pass judgement as his fans are the top contributors to his success.

Sweatshirt isn't apologizing for his lucrative talent, but rather acknowledging that his gift is accompanied by a sort of curse. The true heartache that is very prominent in the tone of his detached delivery throughout the album is that no amount of money he makes will ever repair fractured relationships between family and friends. Tracks like "Off Top" and "Grown Ups" reiterate this growing displeasure. Sweatshirt is a young man growing into an adult, going through agony that most of us must trudge through in our transitionary years.

Accompanied with poor coping skills and fame, Sweatshirt lets the listener in on blossoming addictions with tracks like "Inside," where he raps, "Fame is the culprit who give me drugs without owing cash / Sipping 'til I melt / Never trying me, I'm diving, falling victim to myself." The next song, "DNA," contains a verse from fellow Odd Future / HOG SLAUGHTA BOYZ member Na'kel Smith, whose verse is a tribute to a friend that passed the day of recording after getting shot.

Sweatshirt brings the album to a close with "Wool," featuring Vince Staples. This track's motif might be motioning through the last stage of grief, acceptance. This grievance extends beyond his loved ones but rather for how his life used to be. Sweatshirt concludes with picturesque reflection of his own development:

Peanut butter to paisley, walking down the street
In the different color McGrady's, that first grader was me
Now my fist full of spliffs and the old banker receipts
Bitches grip the stick and jerky like cold shanks of the beef, dry
I’m taking purses like they chances in the evening
Pick your pants up, boy, you dancing with a demon

Although the album has a dreary tonality, Sweatshirts willingness to be so vulnerable is what makes it so eclectic and engaging. This is what also makes him one of the most unique rappers of 2015.

I Don't Like Shit, I Don't Go Outside is available on Amazon.

For the latest music, news, and tour dates from Earl Sweatshirt check out his Zumic artist page. 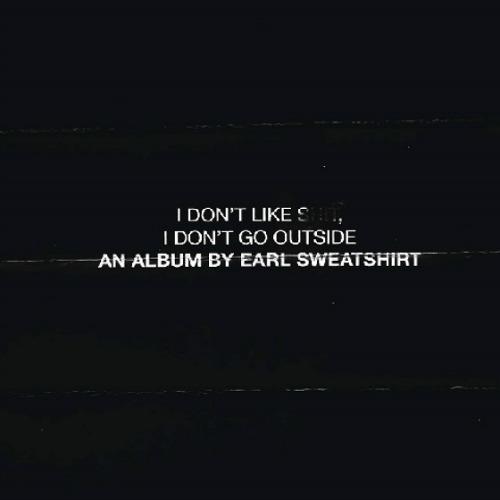 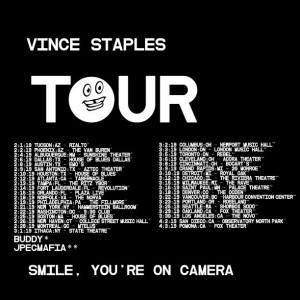 Vince Staples Plots 2019 Tour Dates: Ticket Presale Code & On-Sal...
Tickets Hip Hop West Coast Rap JPEGMAFIA Vince Staples
3
1166
Back to top
You must be logged in to upvote things.
Registration and login will only work if you allow cookies. Please check your settings and try again.