Edward Sharpe and The Magnetic Zeros have recorded an exuberant country version of The Beatles' classic "I Saw Her Standing There." The tune is slated for release on Community Music's new tribute album entitled Beatles Reimagined, featuring 9 other indie bands.

Frontman Alex Ebert's rendition of the track was heavily influenced by barebones Nashville players he was watching at the time. The singer tells Rolling Stone:

"Later we were in the studio recording an album . . . I thought 'I Saw Her Standing There' would be a fun song to do. We learned the song by listening to it a couple times. . . . We decided to do it in that same un-trying way, same as that night in Nashville, just everybody playing at once straight down the line, nothing special – and that's part of why it was so fun to do."

Take a listen to the song and check out the tracklist below: 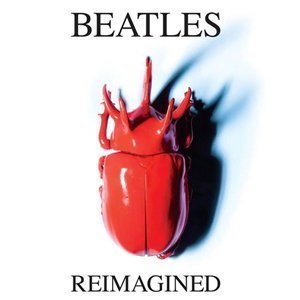 "Give More Love" - Ringo Starr [Spotify Audio Single]
Music Classic Rock Pop Rock Rock Ringo Starr The Beatles Audio Single Liverpool, GB
1
978
Back to top
You must be logged in to upvote things.
Registration and login will only work if you allow cookies. Please check your settings and try again.