"I See Fire" - Ed Sheeran (From The Hobbit: The Desolation Of Smaug) [YouTube Official Video]

The second part of The Hobbit film trilogy, entitled The Desolation Of Smaug, comes out on December 13th. Here's a song by Ed Sheeran that will be on the official soundtrack, fittingly called "I See Fire."

Many YouTube commenters have voiced their dismay at the song's stylistic divergence from the music in Peter Jackson's Lord of the Rings trilogy, but as user Miscel16 suggests, "this song will appear in the credits, not in the﻿ movie, calm down."

You can preorder the The Hobbit: The Desolation Of Smaug soundtrack right now on Amazon. 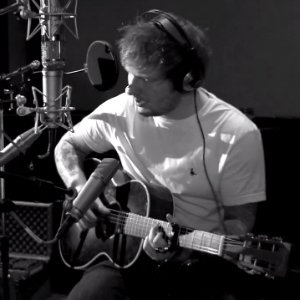 "BLOW"
Ed Sheeran (YouTube)
Music Rock Bruno Mars Chris Stapleton Ed Sheeran Official Music Video
3
1791
Back to top
You must be logged in to upvote things.
Registration and login will only work if you allow cookies. Please check your settings and try again.