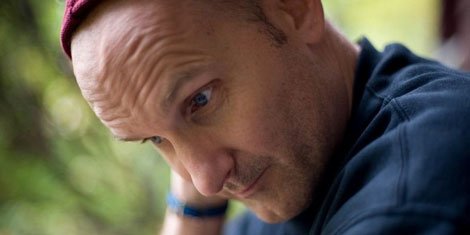 In 2009, there was a debacle in which a major corporation sold unlicensed Minor Threat t-shirts. Clothing retailer Forever 21 had t-shirts featuring Minor Threat artwork for sale and when it was brought to the band's attention, they were immediately jerked from the shelves.

If you check Urban Outfitters' website, you might expect the same backlash. The site has Minor Threat t-shirts, which ironically feature a field full of sheep, for sale for $28. Urban Outfitters is no stranger to controversial clothing items and Ian MacKaye has long battled to keep things affordable for fans -- including keeping his ticket prices at $5 -- so this over-priced shirt seems like the perfect storm. 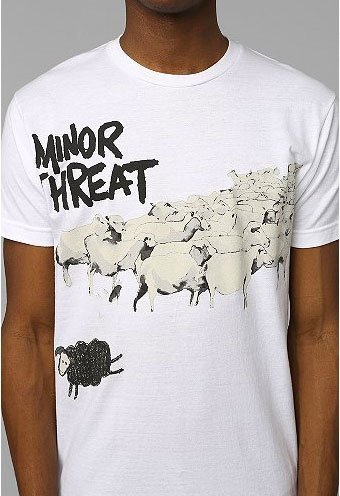 However, as soon as I was about to put the popcorn on, The Washington City Paper reported that Fugazi and Minor Threat frontman Ian MacKaye is allowing the sale of the shirts.

MacKaye says his label, Dischord, doesn't make t-shirts and his time is better spent doing other things, so he brought in Tsurt to produce and sell the clothing, and take action directly when bootleg merchandise appears.

The move to allow Urban Outfitters to sell the shirts may seem hypocritical to some, but MacKaye defends his position:

"It's not a political thing for me," he says. "I just don't give a fuck about T-shirts. Do I think it's absurd? Yes, I certainly do."

"Motherfuckers pay $28, that's what they wanna pay for their shirts," he says, before going on to compare the price to people spending money on expensive shoes: "I guess it makes their feet feel fuckin' rich."

This all may be depressing, but it gets worse. As the City Paper points out: You can buy a Bad Brains shirt at Urban Outfitters, too. Also for $28. 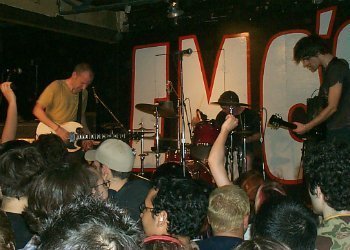 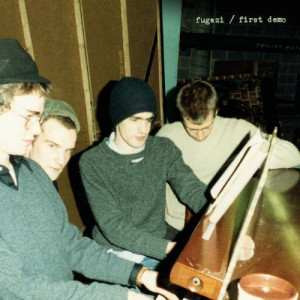 "First Demo" - Fugazi [SoundCloud Official Full Album Stream + Zu...
Music Noise Rock Rock Fugazi Full Album Stream
1
691
Back to top
You must be logged in to upvote.
Registration and login will only work if you allow cookies. Please check your settings and try again.