"Ice On The Dune" - Empire Of The Sun [Full Album Stream]

Electronic Australian duo Empire of the Sun are back with their second album, Ice on the Dune, bringing their special brand of exotic costumes, performances, and artistry. While the album may be aiming for a more pop-oriented electronic style, Empire of the Sun's press release states that the album tells the story of their on-stage personas, saying “Emperor Steele and Lord Littlemore face an unprecedented challenge in their bid to restore peace to the world, 1,000 years into the future.”

Perhaps they will save the world through dance. It worked in Footloose. 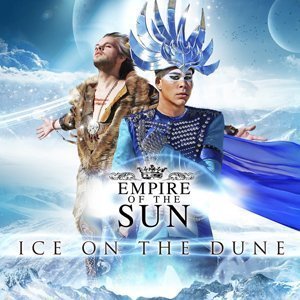 You can pre-order Ice on the Dune on iTunes.