On a rainy Friday in NYC, this song "If It Doesn't Rain" by Swedish electronica vocalist Sally Shapiro (written by J. Emmoth, J. Agebjorn, R. Gunnarsson and produced by Johan Agebjorn and Le Prix) hit me in a way that I didn't expect. I'll be honest: I don't like electronic music. I like live drums, analog instruments, and firmly believe in the old saying "drum machines got no soul". Having said that, I really like this song!

The groove here is superb and the sound is well rounded with lovely melodies and harmonies coming from all directions. The video is also very clever. The cartoon is originally from a film produced way back in 1953, but it's been edited for this music video by Iris Beatrix.

The song comes from the 2013 album, Somewhere Else, available in stores and on Spotify: 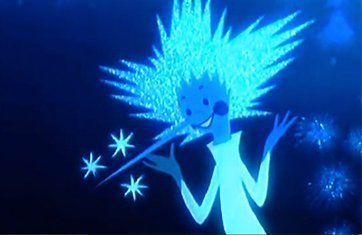 Via: Gorilla Vs Bear & Stereogum