Athens, GA psyche-rockers Dead Confederate released their third full length LP today on Spiderbomb Records and it's a doozy. I've spent about nine of my thirty-one years in Athens, and as such have been following the various members of Dead Confederate and their projects for years, and have been a fan of the band since I first heard their debut, 2008's Sugar, and yet I'm still pretty taken aback by how good this record is. 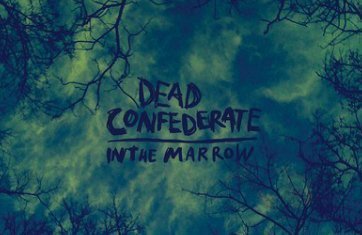 In The Marrow keeps the "If Nirvana Was Southern" vibe of their previous records and expands on themes that have normally just been hinted at in previous records. Frontman Hardy Morris is keeping incredibly busy as of late, performing and recording with Diamond Rugs and T. Hardy Morris & the Outfit as well as Dead Confederate, maybe all that outside influence stuck with him some.

However they got there, In The Marrow, is a fantastic effort by a great band, so don't sleep y'all. Stream the album via Spotify here:

Once you had your face sufficiently rocked off, purchase the record directly from the band here.