Green Day's 4th studio album, and the follow up to Dookie, was 1995's Insomniac. This record displayed a sudden departure from the light, pop punk sound of their previous releases. Rather, Insomniac was much darker and more aggressive, a response to the backlash and accusations of "selling out" that Green Day received upon signing to a major label. Instead of enjoying the fame, frontman Billie Joe Armstrong turned inward, consciously choosing to make the most "punk" album of the band's career. The harder sound of Insomniac meant lower sales than their previous record, as well as less radio airplay and overall exposure.

In spite of the negativity surrounding Insomniac, the album does boast a number of highlights, such as singles like "Brain Stew," "Geek Stink Breath," and "Walking Contradiction." Other standouts include album tracks such as "Westbound Sign" and "Stuart And The Ave." 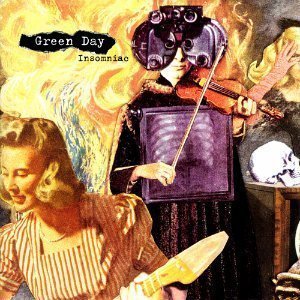 You can buy Insomniac on iTunes.

"Troubled Times" - Green Day [YouTube Lyric Video]
Music Pop Punk Pop Rock Green Day Berkeley, CA Lyrics Video
1
991
Back to top
You must be logged in to upvote.
Registration and login will only work if you allow cookies. Please check your settings and try again.