King Khan has released a new single from his upcoming solo LP Murderburgers, which is due for release on October 13. Stream "It's Just Begun" above, courtesy of the artist's Bandcamp.

An abrupt departure from Khan's hallmark rambunctious grit and lo fi rock charm, the breezy folk rock tune features a bubbly piano improvisation, a twangy guitar hook, and an Americana-esque shuffle. Khan's vocals tailor nicely to the gentle tenor of the music, singing disquieting phrases like, "Some years I tried to get the message through to you, and you can't understand that I've been true to you, didn't mean to make you red just 'cuz I'm blue for you, all I do for you, I ain't got a clue / Well I've seen you with your arms dealers, bomb makers and undertakers, is it true, your war's not done, it's just begun."

In a statement to TIDAL, which premiered the single, Khan described the message behind the song:

I wrote this song with my little brother Dr. Faiz A. Khan; he found time in between helping Inuits way up north in Canada... He is a lung specialist and his research has changed the way thousands of people get treated all over the world. The song we wrote is about the current situation in the world today and how we are always perpetually on the verge of self-destruction. The ones responsible for it all always find ways to make every one pay, whether it’s in money, or just pain, disillusionment and heartbreak.

"It's Just Begun" follows "It's a Lie," the first single from Murderburgers. Pre-order a copy of the LP on Amazon. For more, check out King Khan & The Shrines' Zumic artist page. 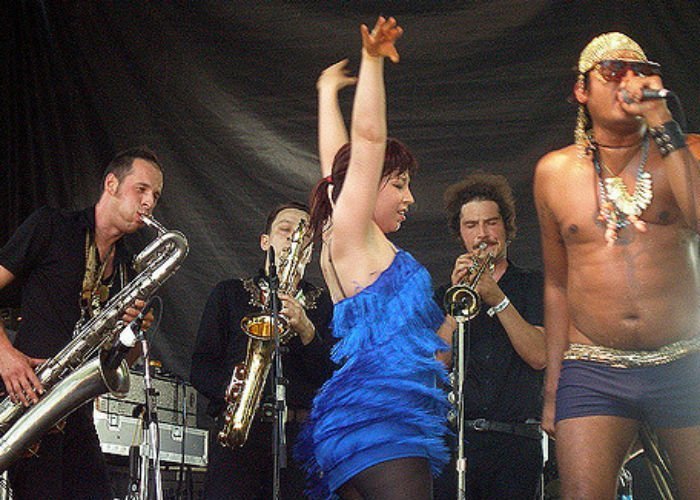 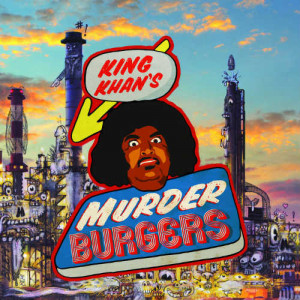 "It's A Lie" - King Khan [BandCamp Audio Single]
Music Garage Rock Punk Rock King Khan The Gris Gris Audio Single Montreal, QC Oakland, California
1
602
Back to top
You must be logged in to upvote things.
Registration and login will only work if you allow cookies. Please check your settings and try again.