"It's Not Enough" - Medicine [Soundcloud]

'90s noise rock group Medicine has released a new song, "It's Not Enough," from their forthcoming album To The Happy Few, which will drop on August 6th. Medicine's heyday came in the early to mid '90s, when they released three albums: Shot Forth Self Living in 1992, The Buried Life in 1993, and Her Highness in 1995. Although dormant for eighteen years, Medicine reformed after Brooklyn-based record label Captured Tracks re-released two of their LPs in 2012. Check out the song, via Captured Tracks.

The group's resurgence came about when the three core members, Beth Thompson, Brad Laner, and Jim Goodall, met up to look over the re-released Medicine albums. In Laner's own home studio, they recorded a track and ultimately decided to record a whole new album. To The Happy Few is not a carbon copy of the Medicine albums from the '90s, however. Rather, it reflects the considerable growth and experience each of its members have gained in the intervening years since their last album together. As Captured Tracks reports, the album is the product of "three mature artists only just now approaching the peak of their powers." 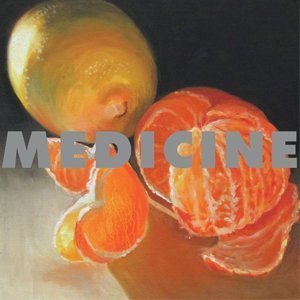