On the latest episode of Complex's The Process, Joey Bada$$ sat down with Peter Rosenberg to discuss his writing and recording process. The informative interview goes in-depth with tracks about Joey's catalog. Songs such as "Waves," "Unorthodox," and "95 Til Infinity" are discussed, with the rapper detailing their origin, inspiration, and feeling.

The Brooklyn MC, whose sound is reminiscent of 90's hip-hop, says that isn't his intention. "It's 2013, if you didn't know," he tells Rosenberg, in response to critics putting him in a box for his sound.

Bada$$ reveals that not all of his songs are written on paper, and some may come from his mind in the booth. "I never like to really limit myself, it's a way to avoid writers' block." 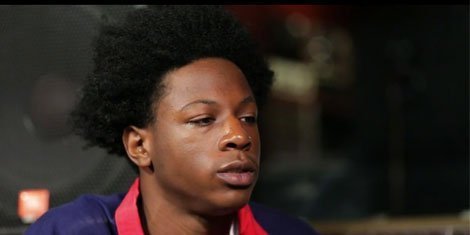