In 1996, Johnny Cash sat down for an interview with British journalist Barney Hoskyns, and now, PBS Digital has given the audio the "Blank on Blank" animation treatment. Watch the charming and insightful video above.

Over the course of the chat, Cash and Hoskyns cover a wide variety of subjects. They open with Johnny talking about how he identifies with "long-hairs" and bounce back and forth from there. Cash shares his signature brand of cowboy wisdom as Hoskyns asks about his health, his music, and his calling to perform.

"Do you really need to tour so much? Do you need to work so hard, and drive yourself so hard," Hoskyns asks.

"For my soul, I do. For my soul. It's a gift. My mother always told me any talent is a gift of God and I always believed it. If I quit, I would just lay up in front of the television and get fat and die pretty soon, so I don't wanna do that. I just hope and pray I can die with my boots on..."

Asked about whether he ever considered being a preacher, Cash said he was never called to, but that his music is a sort of ministry:

"Gospel music is so ingrained into my bones, I can't do a concert without singing a gospel song. It's what I was raised on. It was the thing that inspired me as a child, growing up on a cotton farm, where the work was drudgery. And it was so hard, that when I was in the field, I sang all the time, and usually gospel songs because they lifted me up above that black dirt.

They speak about his health and his pain, but Cash stays honest and humble throughout, laughing when Hoskyns asks if he sees himself as an American icon:

"God, what a question! Shit. I see the pimples on my nose, and I see the fat jaw from the pain where it's swollen, or thinning hair, or whatever. Icon? No. I don't see him. He's not in my mirror."

Watch the full video above and hear the entire audio interview at RocksBackPages.com. 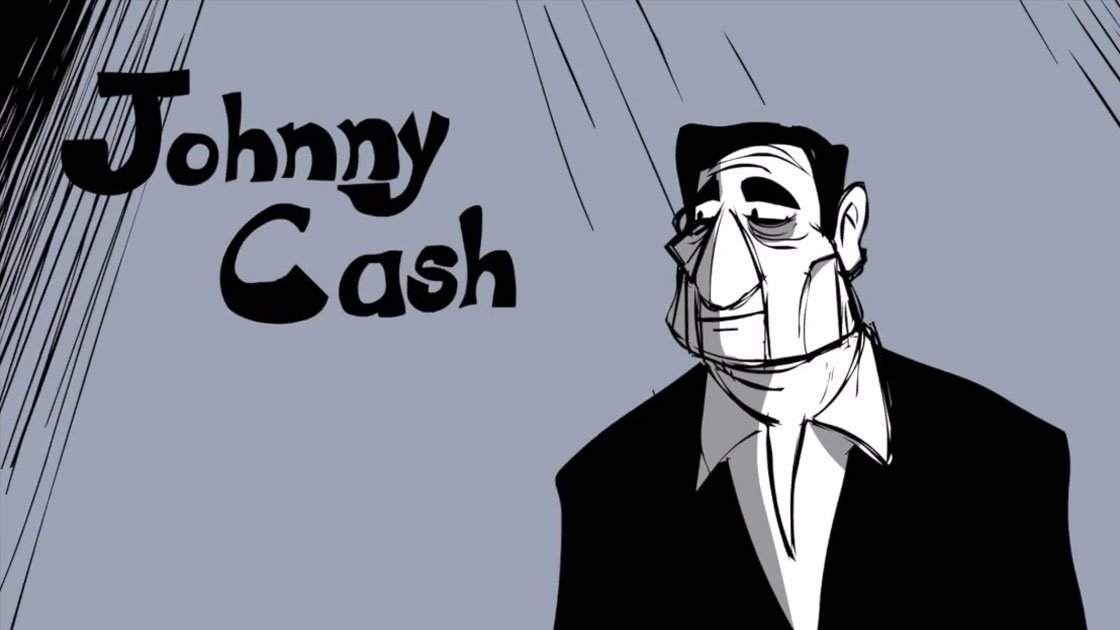 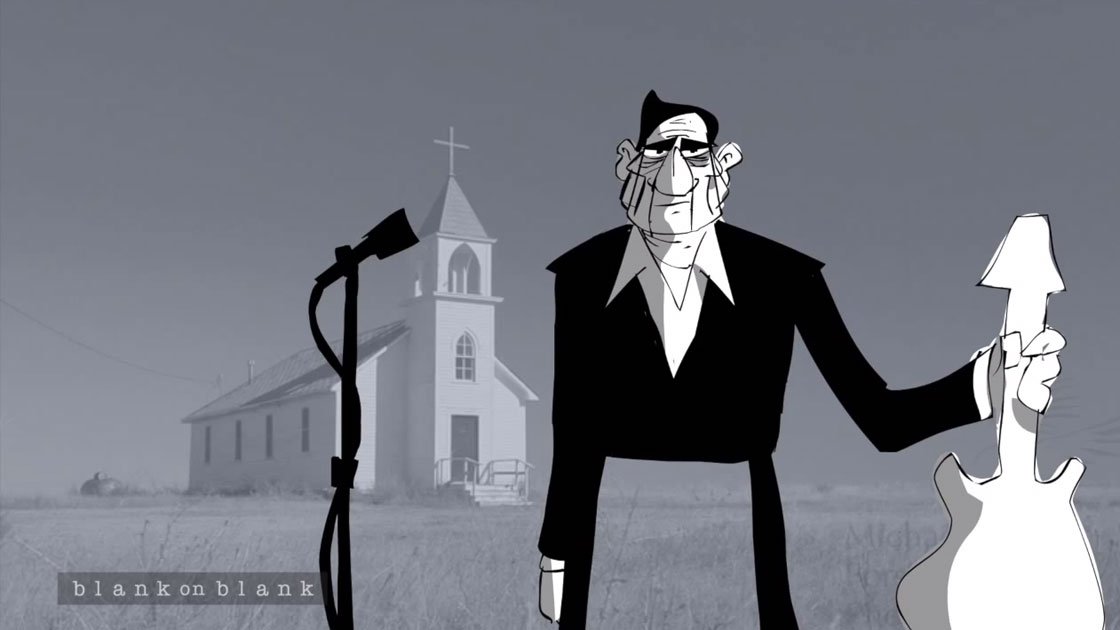