Yesterday, TMZ first broke the news that Bieber would not be honoring his scheduled concert commitments, and then the singer left this message on his website and social media outlets:

Due to unforeseen circumstances, Justin Bieber will cancel the remainder of the Purpose World Tour concerts. Justin loves his fans and hates to disappoint them. He thanks his fans for the incredible experience of the Purpose World Tour over last 18 months. He is grateful and honored to have shared that experience with his cast and crew for over 150 successful shows across 6 continents during this run. However, after careful consideration he has decided he will not be performing any further dates. Tickets will be refunded at point of purchase.

Later in the day, Bieber explained to paparazzi in Santa Monica that "everything's fine" and he needed some "rest and relaxation," which he followed up by saying he was, "gonna ride some bikes" — as in motorcycles. Watch that interview below:

Is rest, relaxation, and riding motorcycles a good enough reason for a major artist to cancel concert commitments? The public reactions to the news have been mixed.

Fans have commented on the singer's social media posts that while the tickets are refundable, their travel plans — which can include flights and hotels — are not. Sugar Ray frontman Mark McGrath was critical of Bieber, saying "The show must go on... I'm sure Justin has his reasons, but being tired is not an excuse."

On the flipside, many die-hard Beliebers have been supportive and understanding on social media. John Mayer, who canceled his own tour dates due to a medical issue in 2012, tweeted, "When someone pulls remaining dates of a tour, it means they would have done real damage to themselves if they kept going. We've lost so many great artists lately. I give Justin ?? for realizing it was time to call it. You should too."

TMZ, who have published five different reports in the past day with a plethora of unnamed sources, is also sharing a conspiracy theory that Bieber decided to cancel the tour not due to exhaustion, but because he decided to "rededicated his life to Christ." They say, "Bieber has been virtually joined at the hip with Hillsong pastor Carl Lentz over the last few months — including at a huge church event in Australia — but we're told Lentz did not advocate for cancelling the tour."

Furthermore, TMZ sources say the cancellations have infuriated the men and women working on the tour. "Now around 200 people are out of work and pissed... the crew didn't believe Bieber when he said he needed to rest, because he just had a month off in Laguna Beach and L.A. ... and regularly played sports and partied during that downtime."

Concert industry publication Pollstar estimates that Bieber's Purpose World Tour has raked in over $250 million over the course of 149 shows since it started on March 9, 2016. The 14 shows that were canceled were planned for July through October, with 11 shows in North America and 3 in Asia.

Update: Billboard is now reporting that ticket sales were weak for the upcoming dates, which played a part in the decision to cancel the dates.

This type of controversy is nothing new for the the 23-year-old pop star — who was just banned from China less than a week ago because of "bad behavior." On his previous world tour, Bieber was criticized for numerous incidents, from abandoning a pet monkey in Germany to attempting to sneak out of a brothel in Brazil covered in bedsheets. All that bad publicity led to his 2015 comeback hit, "Sorry."

To the fans from all over the world who took part over the last 16 months over 6 continents thank you. To Justin who gave it his all night after night thank you. And to those that won't be able to see it... on behalf of myself, Justin, and the team, we are sorry. That was never our intent. But a man's soul and well being I truly care about came first and We must all respect and honor that. Justin will be back and I know he looks forward to performing for you and with you all again. One chapter ends and another begins. 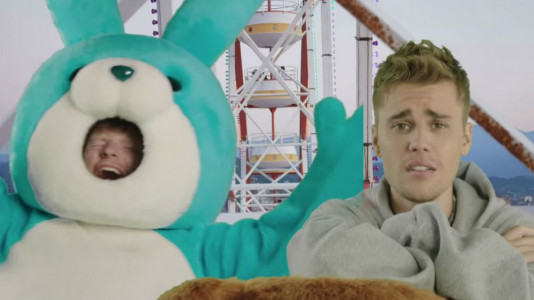