PEOPLE, the collective spearheaded by Justin Vernon and The National's Aaron and Bryce Dessner, has launched a beta version of its online music platform with a wealth of previously unreleased material, including a cover of Leonard Cohen's "Memories," linked above.

The project arose after a 2016 music festival created by Vernon, the Dessner brothers, and German hoteliers Tom and Nadine Michelberger. The PEOPLE website states that this August's PEOPLE festival in Germany will "write the next episode of what has evolved from 2016 in Berlin, where we found revelation in uncertainty and surprise, in process and collaboration."

The group's aim is to provide music, both online and at its festival, free from typical constraints, without involving "headliners or bands, sponsors or brands, billing or program." Similarly, in its quest to be entirely "non-hierarchical," the website presents all music simply and equally, allowing for perpetual discovery through a radio stream and à la carte offerings.

The music database holds some phenomenal work, including a new EP from the Vernon and Aaron Dessner project Big Red Machine, as well as recordings that Aaron and Bryce Dessner improvised in various backrooms while on tour they released under Red Bird Hollow. Bryce writes of the songs:

We've been putting up one mic in backstages and hotel rooms on tour for the past year and improvising on high string and acoustic guitars. The idea has been to have no plan and simply play off each other like we did when we were kids. And Aaron sang on one song. Red Bird Hollow is the creek behind our childhood home in Cincinnati, Ohio where we used to play.

Perhaps the standout release from this initial batch is the cover of Leonard Cohen's "Memories" featuring contributions from Aaron Dessner on guitar and bass, Bryce Dessner on accordion, Mina Tindle on accordion, Ben Lanz on trombone, and Bryan Devendorf on drums, with The National frontman Matt Berninger, Sufjan Stevens, and Ragnar Kjartansson on vocals.

The piece remains true to the original version, co-written by Cohen and Phil Spector, with haunting doo-wop background vocals, slack lead vocal delivery, and a bouncy piano part floating above it all. Aaron Dessner delivers perfectly jangly guitar leads and Lanz's trombone work carries the classic tone magnificently. The track finishes with a lengthy wailing vocal section just like Cohen's, with the band swelling underneath as Aaron's guitar rips through the mix.

Beyond the quality of the music, this song helps to exemplify PEOPLE's ethos. A statement below the track explains that the recording was originally finished in 2016 as a wedding gift for Bryce Dessner and his then-fiancée Pauline. Like the statement from the Red Bird Hollow recordings, this brief comment imparts depth and humanity to the work, demonstrating PEOPLE's desire to build something special by sharing these intimate, previously unreleased recordings.

The Red Bird Hollow and "Memories" pages are accompanied by watercolors, too — the former features a pair painted by Bryce and Aaron's sister Jessica, and the latter includes a rendering of Bryce's and Pauline's wedding ceremony by Icelandic artist Ragnar Kjartansson, who contributed vocals to the track as well. This multimedia pairing, set against the website's stark whiteness, creates a powerful and emotional experience.

Despite merely being a beta version, this launch has provided fantastic content, and there will only be more to come.

Check out Leonard Cohen's original recording of "Memories" below. 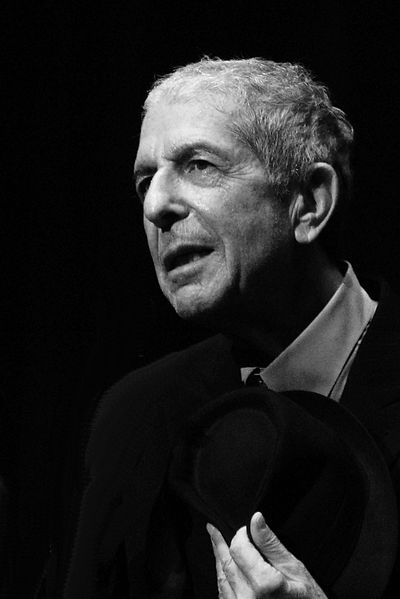