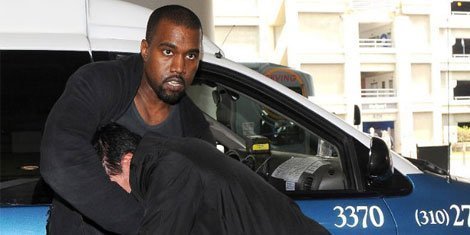 Kanye West was convicted today of a misdemeanor battery as well as attempted grand theft following his incident with paparazzi photographer Daniel Ramos on July 19th at Los Angeles International Airport. These charges carry a maximum sentence of a year in prison, however West was only ordered by a judge to avoid contact with Ramos.

Before the sentence was final, the prosecution called for West to take anger management classes as well. The judge ignored this plea and specified that West was not allowed to go within a ten yard radius of the photographer. Luckily, the court's decision did not interrupt West's plans to start the "Yeezus" tour with Kendrick Lamar.

Re-watch the video of the confrontation below and decide if you think 'Yeezy' got off to easily.